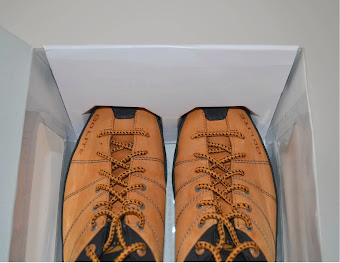 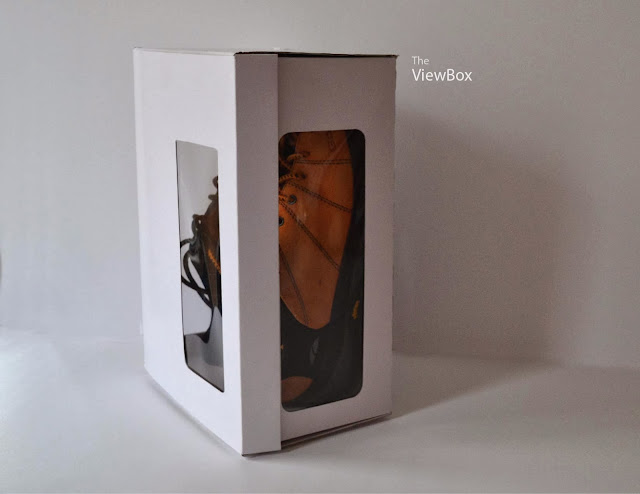 The VIEWBOX was designed for New England Footwear as a game-changer in the footwear industry. New England Footwear had their mind set on creating a system that delivers more at the self service experience along with transforming the visual impact on the selling floor. A quote by CEO and founder of NEF, Doug Clark, states “self-service products displayed on the selling floor have continually outperformed the conventional backroom approach to selling shoes.” This footwear package is set to create a one of a kind on floor, self-service piece. The ViewBox provides much higher quality then that of your other standard shoe boxes out in the market today.

Key components of the box include:
– Four cut-outs, one on every side of the box (while standing up). The cutouts are covered with clear plastic to enclose the box.
– Shoes conveniently go in and out of the box easily due to a rigid insert as part of the box itself.
– No forms or fillers inside the box itself or footwear. Direct print graphics on box to intrigue customers from afar.
– Vertical standing box.

Countless hours have been put into creating the best ‘view it before you buy it’ box out there. We believe to have accomplished the mission of informing and intriguing the customer to pick up the ViewBox, sit down, try on, and feel exactly what you originally saw.

The design itself has come a long way. What started as a two piece box concept, overtime turned itself into a one piece box with a overall plastic sleeve, and then into the design today. I got the opportunity to take this design from beginning to end working at my internship. 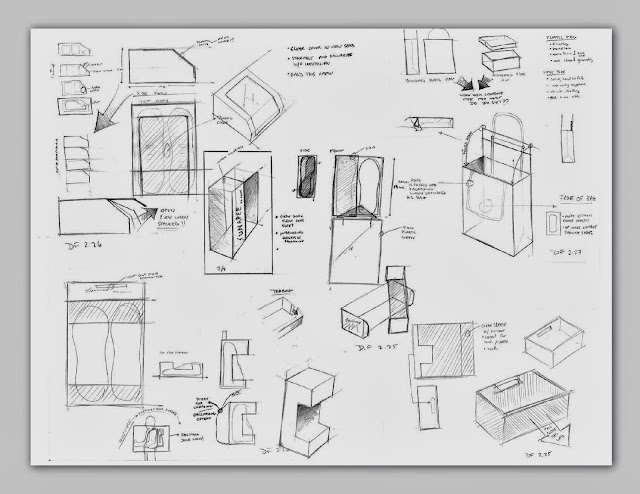 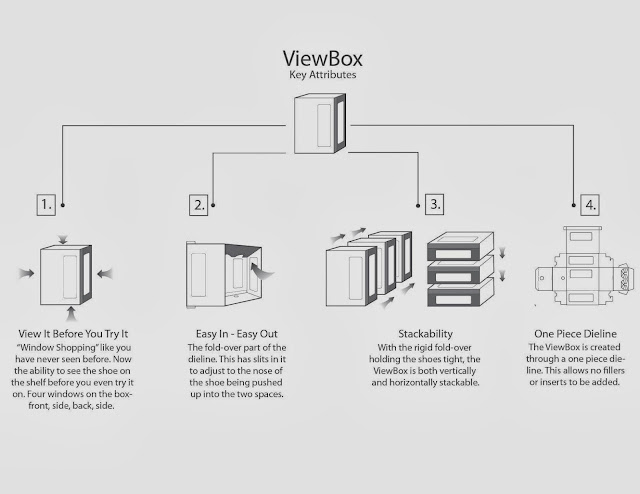 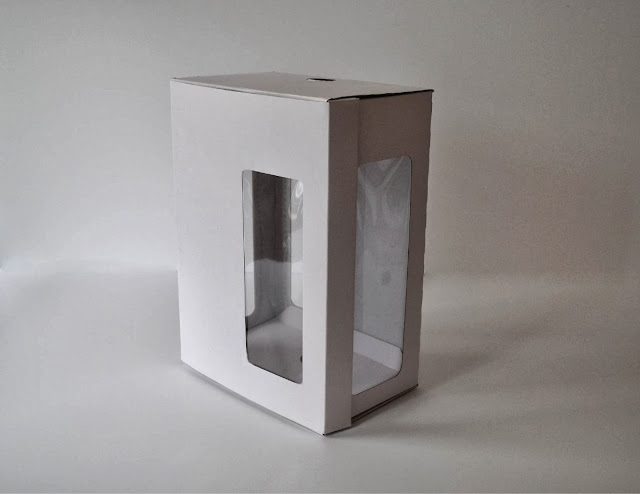 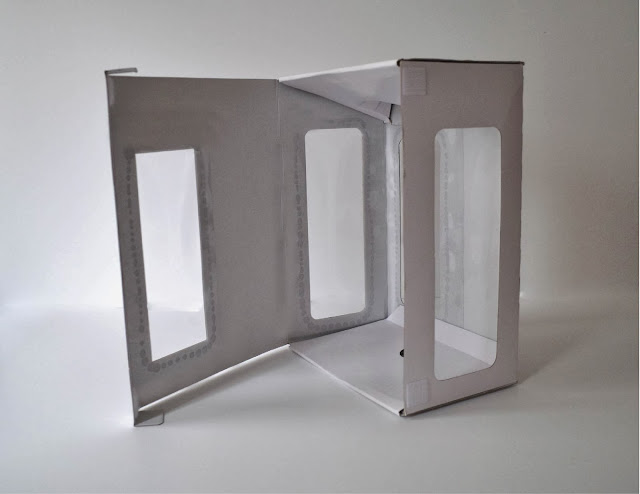 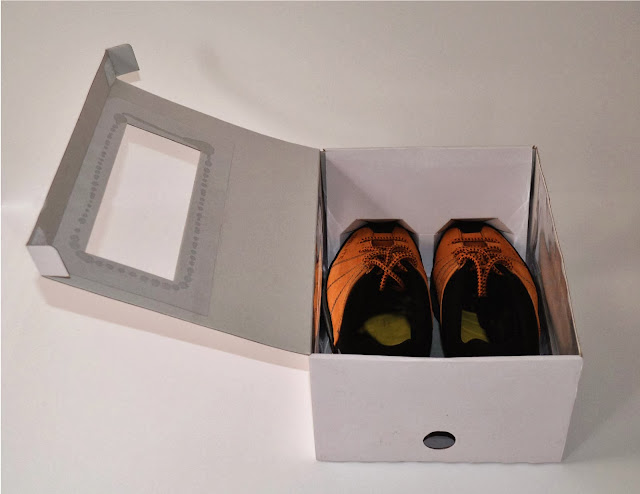 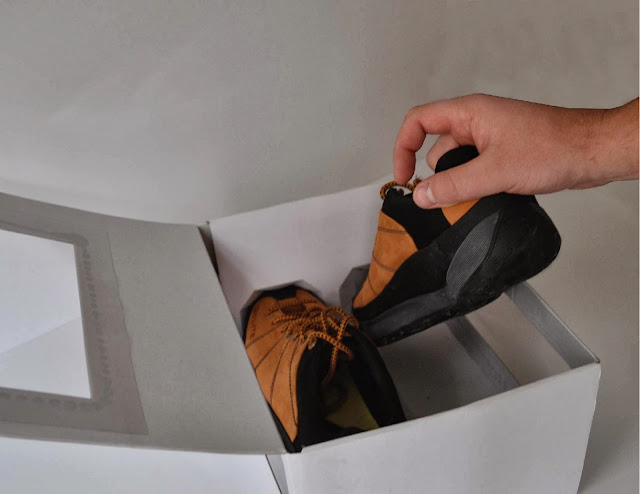 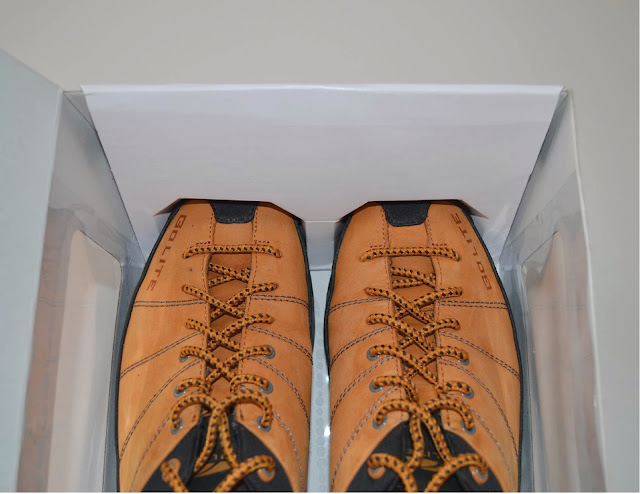 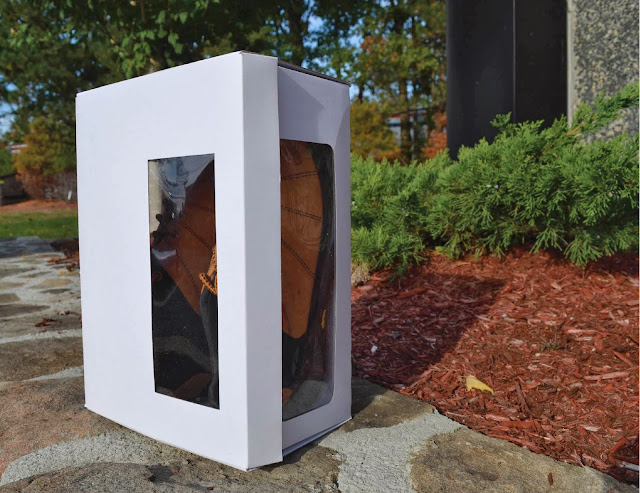 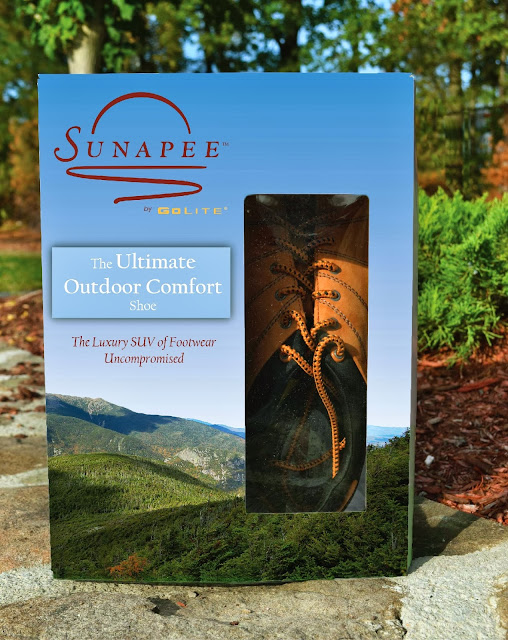 via Packaging of the World – Creative Package Design Gallery http://feedproxy.google.com/~r/packagingsoftheworld/~3/ysNjSntzrqE/viewbox-for-new-england-footwear.html