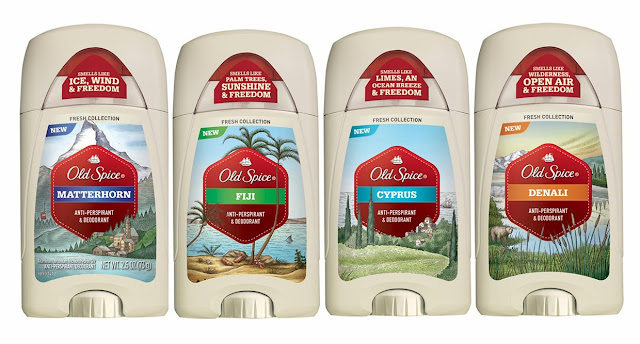 We were challenged to design a new, intriguing deodorant package that upset the consumer perceptions that all Old Spice scents smelled the same and that Old Spice scents were old and musky. The proposition had to be relevant to young people within Old Spice’s key markets of North America, Latin America, and Eastern Europe.

“Procter & Gamble’s Old Spice brand was plagued by negative consumer perceptions that all the scents smelled the same, old and musky. Working as a part of a cross-functional project team, Landor Associates Cincinnati along with Steven Noble’s illustrations were able to deliver packaging that clearly communicated a range of unique fresh fragrance experiences from Old Spice.”

Description of how you arrived at the final design:
Following qualitative research, full colour imagery was identified as the best way to bring to life destination-themed fragrances. Steven Noble’s hand etched style of illustration common to 19th century nature books was leveraged to communicate Old Spice’s 70+ years of heritage. Delightful surprises, including sharks and bears were added to each illustration, enhancing the consumer’s emotional connection with the fragrance as well as updating the traditional illustration style. Red, traditionally the brands dominant colour, was used sparingly after it was identified as a signal of heavy, musky scents. 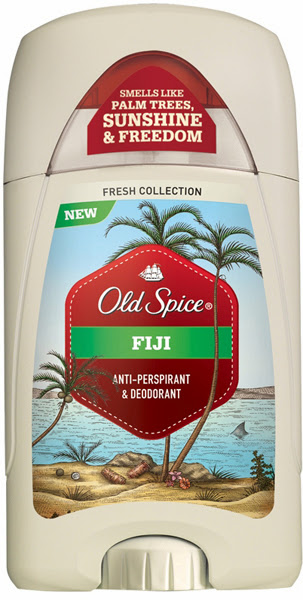 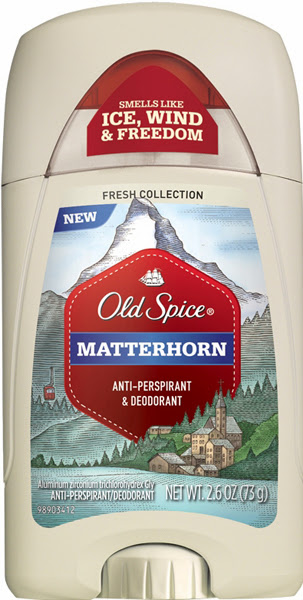 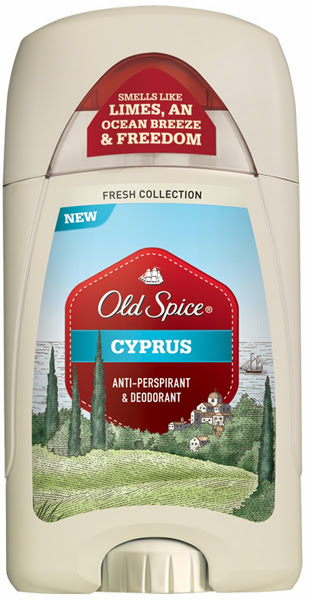 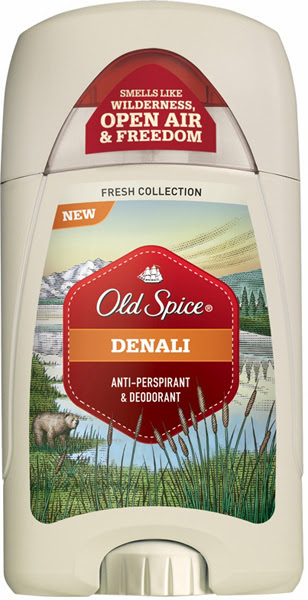 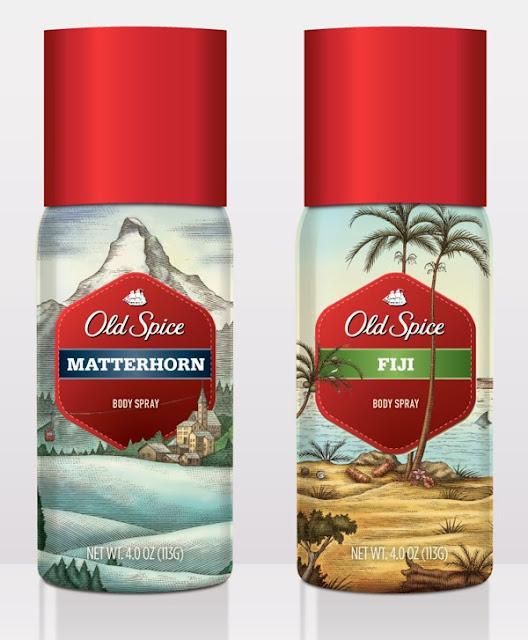 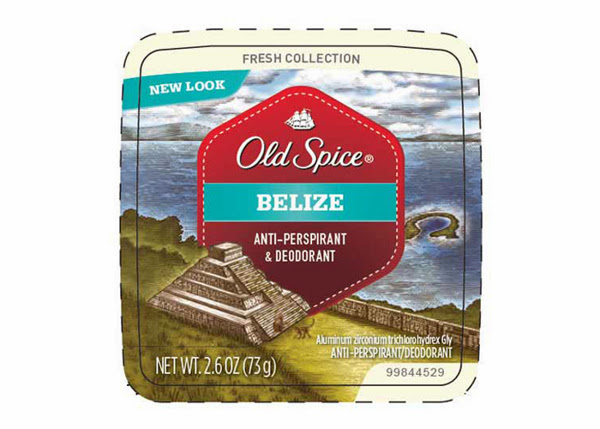 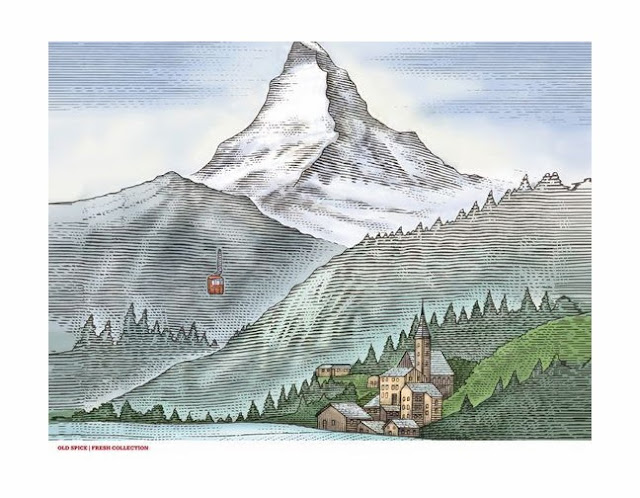 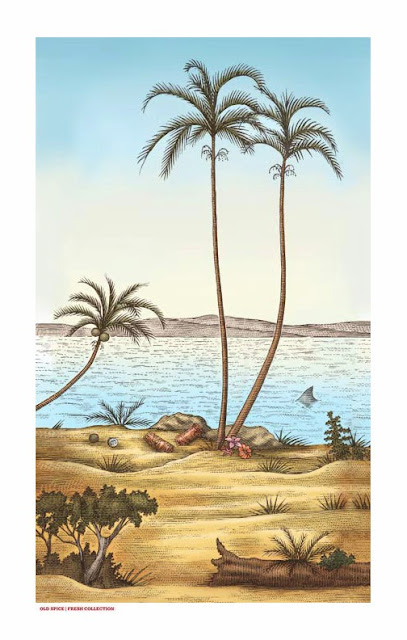 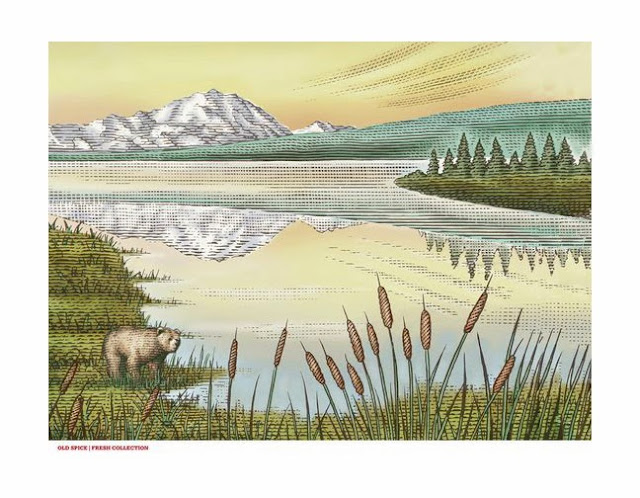 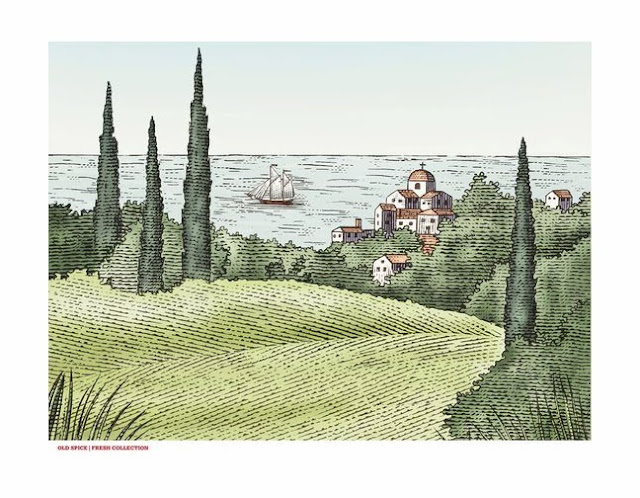 via Packaging of the World – Creative Package Design Gallery http://feedproxy.google.com/~r/packagingsoftheworld/~3/8ZRAFY-ewsA/old-spice-fresh-collection.html