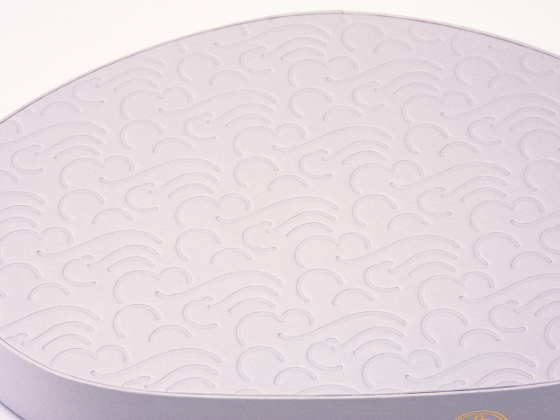 'OTSUCHI SASHIKO' is a Japanese traditional folk art embroidered brand that was established as a reconstruction project in the Otsuchi Town after the Great East Japan Earthquake that occurred on March 11, 2011.

Otsuchi Town in Iwate Prefecture is a place suited to the damage of the earthquake disaster. They will continue to make new products while further improving power as a project not to end this embroidery which was one of the wisdom of life from the old days in the East-North regieven now seven years later. For the people of this town where the fishery was famous They thought that the sea was proud and ton hat the natural disaster brought about by the opposite sea confronted the preciousness of the people, we hoped to express them in the package design. The design of this box is like an art piece from the sea.

Of course, the items put in the box are art pieces of Japanese culture made by craftsmen one by one. We think that this box will propose a way to leave behind the Japanese aesthetic sense.

via Packaging of the World – Creative Package Design Gallery http://ift.tt/2C6WpYb