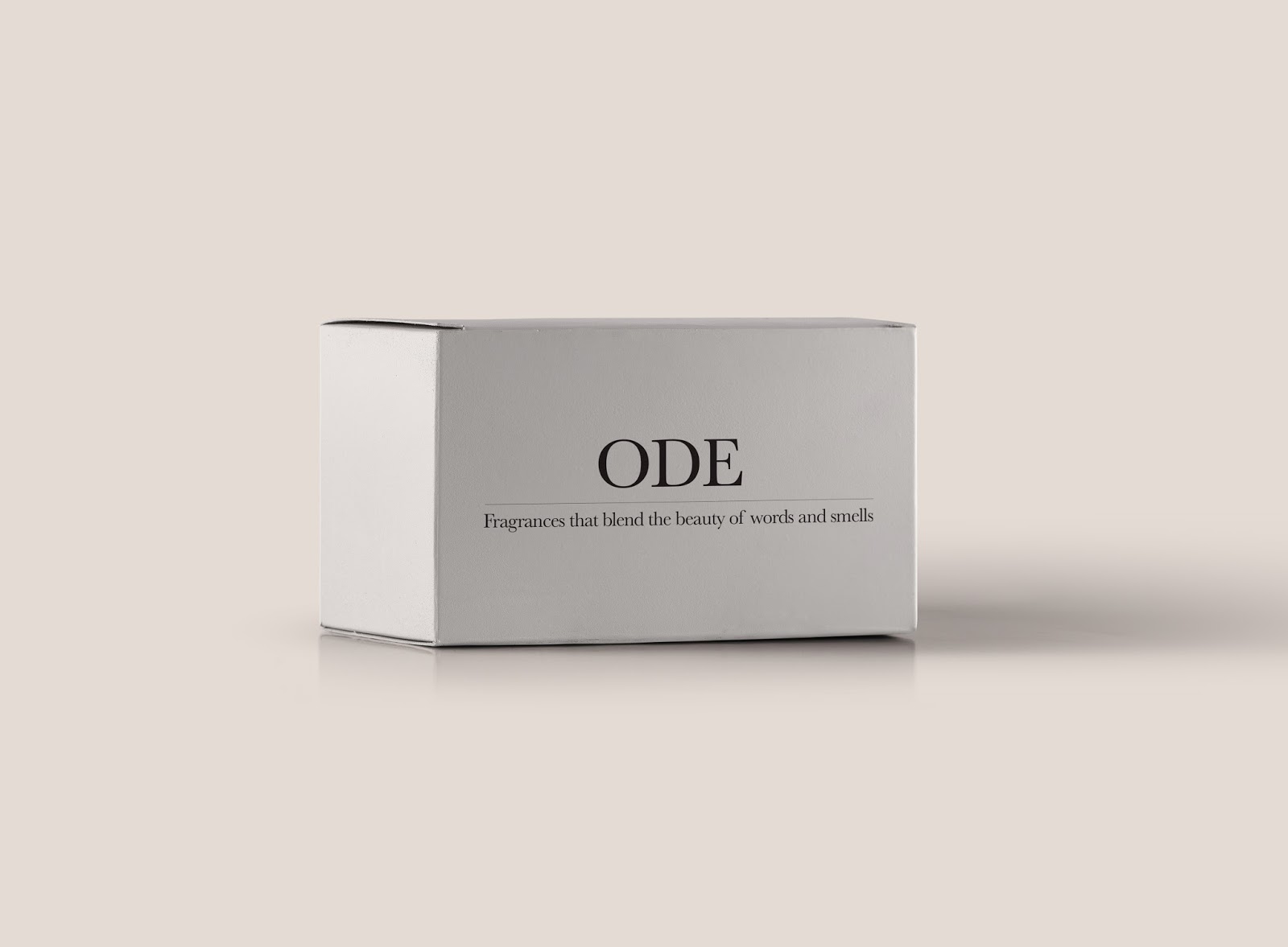 Water falling on ground coffee beans. Mango orchards. A large pot of steaming Bengali biryani. A bunch of fresh flowers still holding on to their dew. Tiny fluffy buns, fresh off the oven. That incense you always smelt on Saturday mornings.

These are some of the smells that people around claim they hold dear. Why is it that smells are so important? We associate memories – both pleasant and otherwise – with our senses. Olfaction or the sense of smell is one of the strongest amongst these. Scientists at the Rockefeller University, in 2014, made the dramatic discovery that ‘the average person can discriminate between at least one trillion different odours with the nose, far more than can be detected by the eye or ear.’

Unfortunately, the same cannot be said about our vocabulary. The Economist released some Lexical Facts (after collecting two million responses on an online vocabulary test) that concludes that “Most adult native test-takers range from 20,000–35,000 words.” Another research, done by the Ghent university reveals that the number is at 42,000. Either way, considering that the Second Edition of the 20-volume Oxford English Dictionary contains full entries for 171,476 words in current use, we are still grossly behind.

Design Thinking and Research
Combining these facts, the design team at Bizongo decided to create packaging for a set of three perfumes – each representing a word and a smell.

The team reimagined perfumes to play a role beyond what they generally do with the idea that maybe when each word is associated with a fragrance, we will hold on to both more dearly, not letting its meaning escape. Calling the series – Ode, comprising of three fragrances that blend the beauty of words and smells. The design of the packaging and the perfume itself needed to reflect the meanings of the words.

First a long list of words was prepared – from Urdu (ruhaniyat – soulfulness and taabiir – interpretation of dreams) to invented (sonder and Moment of Tangency)! It was not easy to decide which ones to choose as each of these words held their ground with meaning and beauty. After a lot of thought, the team settled for three: limerence, epiphany and mellifluous. The entire set was to be called Ode – a small dedication to the world of smells and words through packaging design. 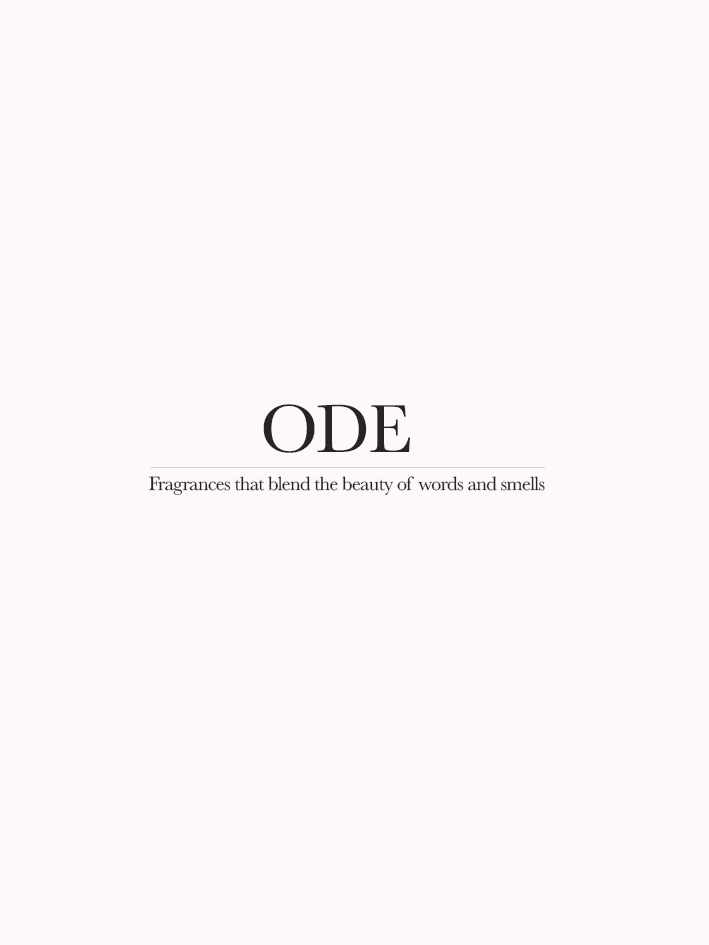 Creating Ode – The Final Product
Once the vocabulary was figured out, the team focused on the perfume composition for their associated fragrances, thinking beyond just the words and expressing its meaning via smell. This entailed careful study of existing perfumes and seeing things closest to what was thought appropriate.

When it came to the design, some interesting questions popped up-

After going through many iterations like using wood to bring out the earthiness of the fragrances, glass was the perfect choice to denote the transparency, opacity and translucency of the words.

Ultimately, this is what the little imagined package of scents contained: 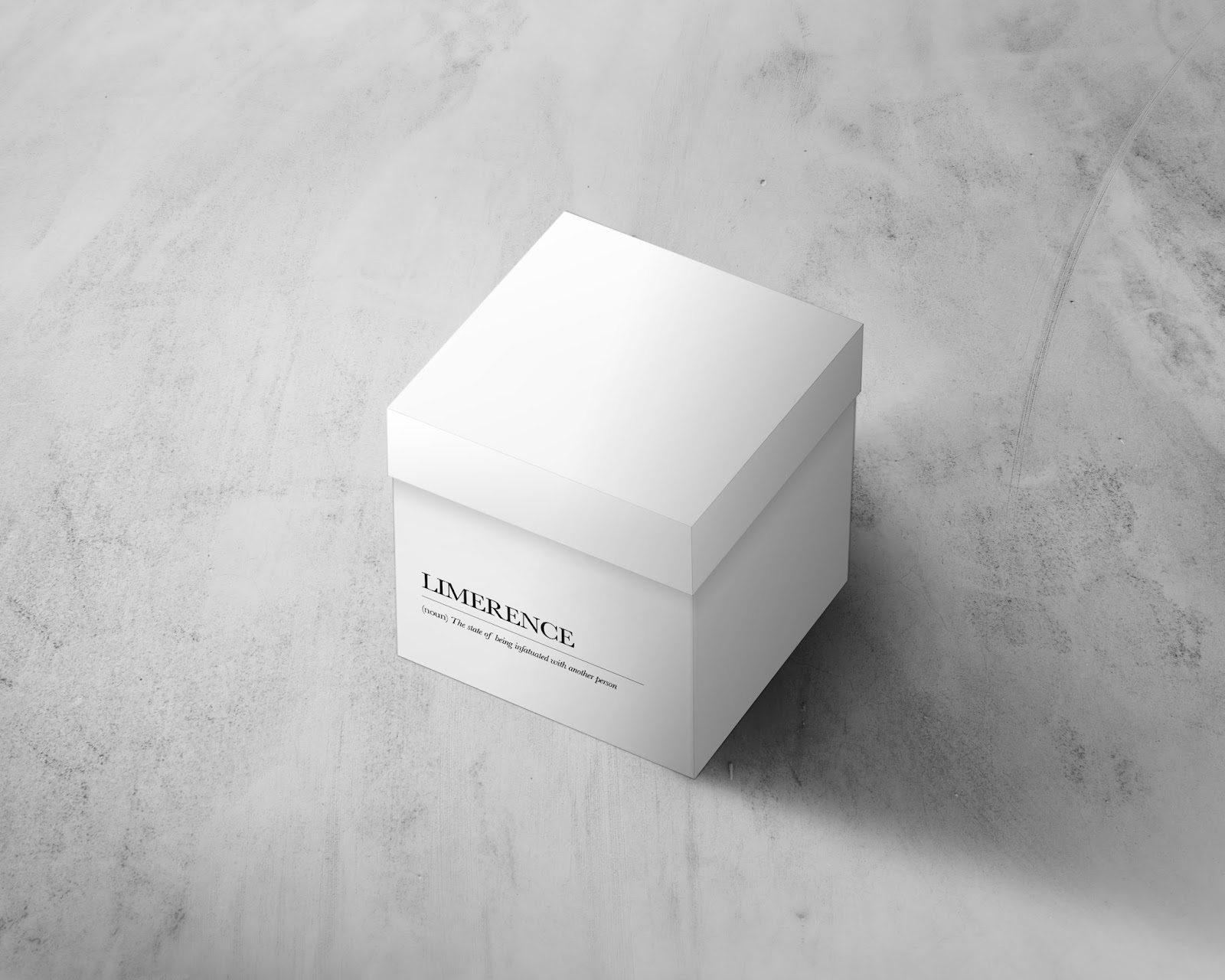 1. Limerence
Limerence (also infatuated love) is a state of mind which results from a romantic attraction to another person and a desire to form or maintain a relationship with the object of love and have one’s feelings reciprocated

The fragrance of a fleeting yet strong, giddy yet steady feeling like limerence imposed a tough challenge.

Perfume composition:
The scent opens with citrusy notes of grapefruit, tangerine and lemon, with a hint of petitgrain to suggest good beginnings and freshness. The thrill and spiciness that inevitably prevails in romance is signified by the middle notes of star anise and cinnamon, with a dash of lavender and rosemary to add a pleasant touch. The base notes are musky with hints of coumarin, amber and vetiver. 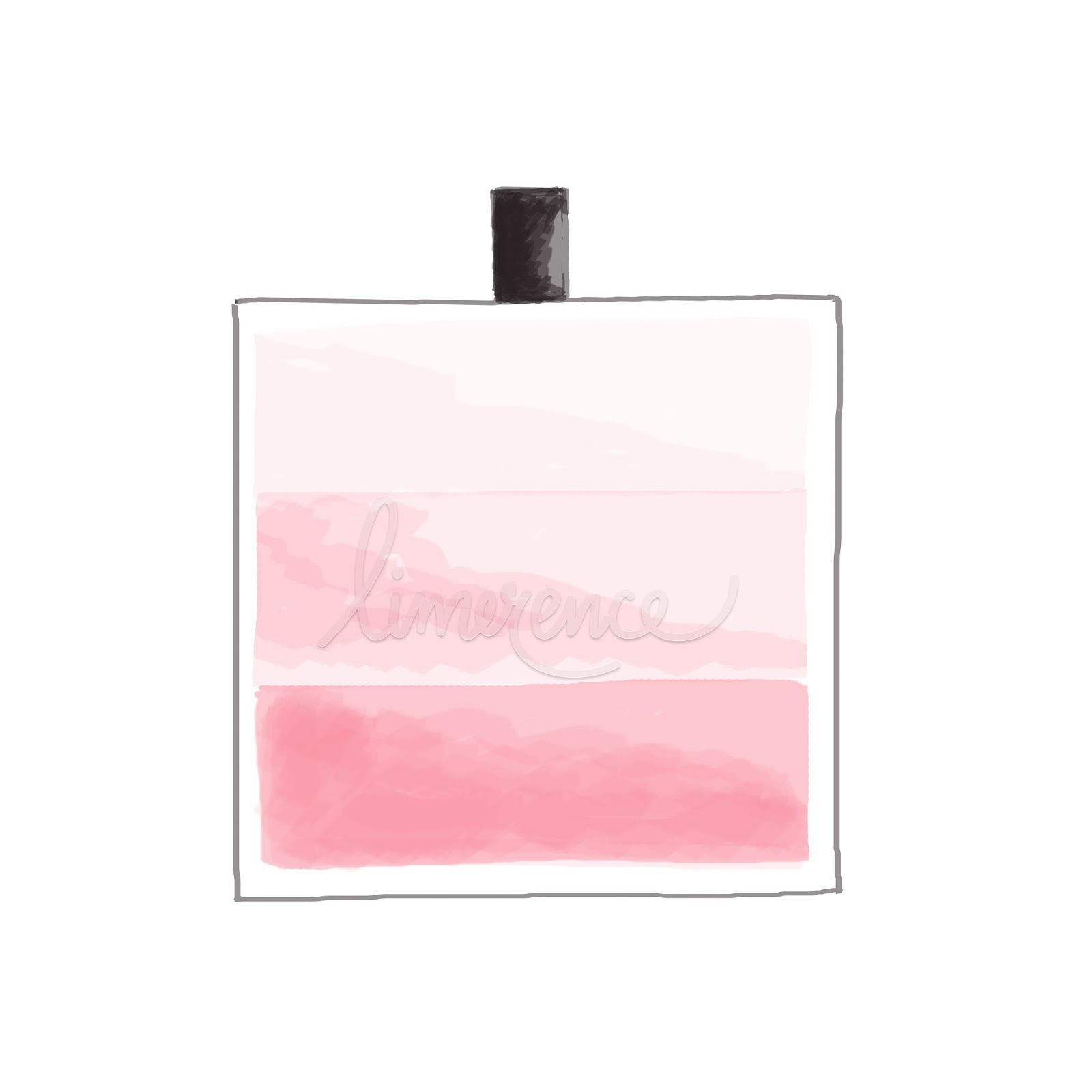 Design:
Infatuation is a fickle thing. It starts strong, fades in between, goes strong again and maybe entirely dissipates or culminates in love.

Considering this crazy graph of emotion, it was important to break down the perfume into three parts, each nestled within the other – one strong and a lot like love, the other medium yet potent, and the last bleak and disappearing. The three could be turned around horizontally to stagger them according to the emotion you are feeling at that moment. Pleased with the varying potency and stacked bottle design, it felt like something was still missing. This is when the decision to colour code the three from dark to light was made.

Limerence was now bottled and ready to be sprayed to enhance or tone down the emotions you experience. 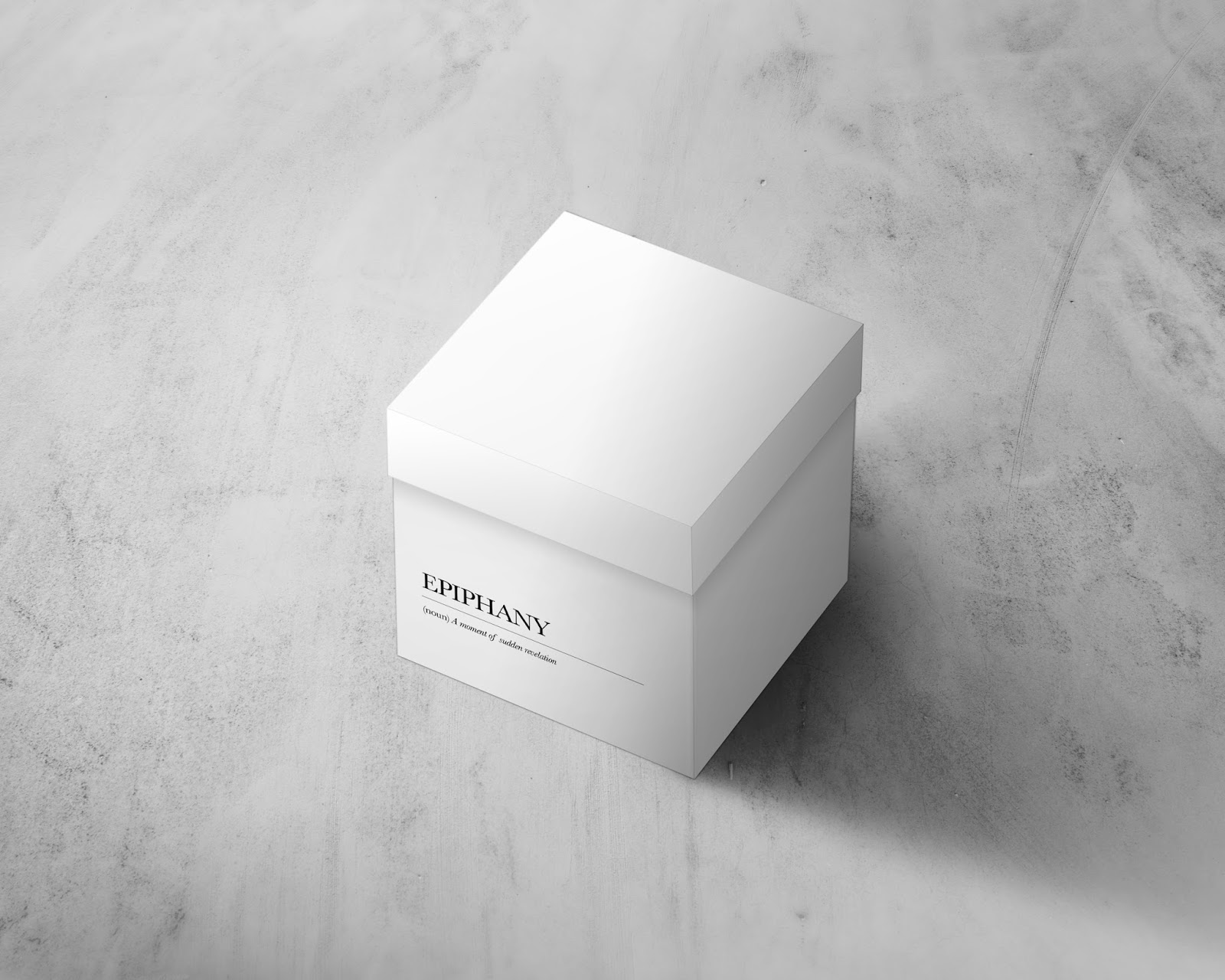 2. Epiphany
Epiphany a moment of sudden and great revelation or realization

When there is a revelation, a sudden lifting of the veil and discovery, it requires a fragrance that surprises and enthralls the user. In order to produce that whiff of ‘eureka’, a mix of unexpected fragrances blended beautifully but also popped out a revelation.

Perfume composition:
The scent opens with an unusual combination of carrot, grapefruit, tomato in hints and a burst of green mango. It eases into a heart of peony, bulrush, orange, hyacinth and lotus. Providing the base notes are labdanum, iris, cinnamon, musk, incense and sycamore wood. 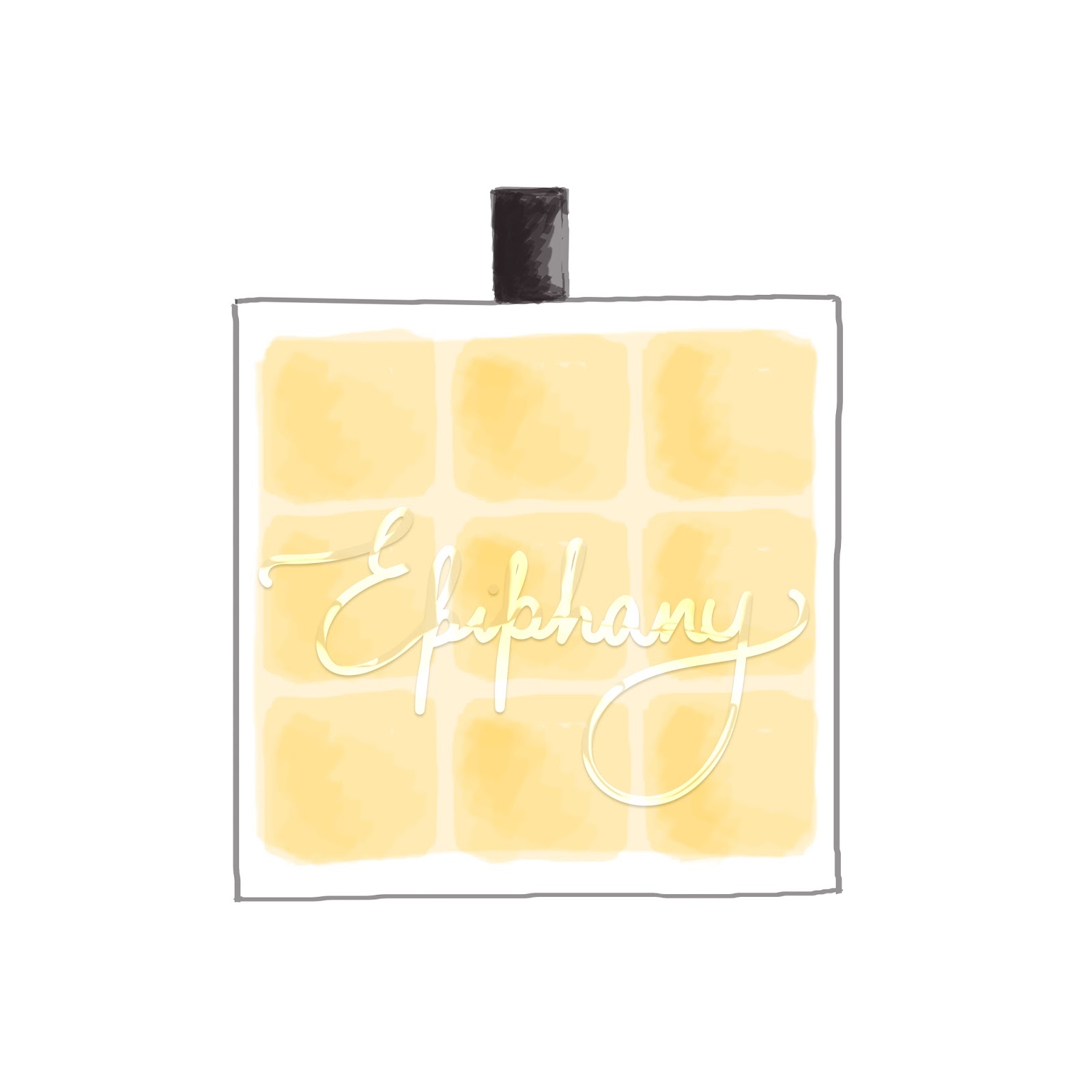 Design:
In order to express a surprise, it was important for the perfume to be able to shift, show different sides, make you discover it anew. This is when the random thought of Rubik’s cube occurred. Every turn marks a possibility of completion. Taking inspiration from that, two movable sides with a central fixed bottle was designed. With every turn, you have a possibility of an ‘epiphany’- in this case to bring together the letters of the word and make them whole. 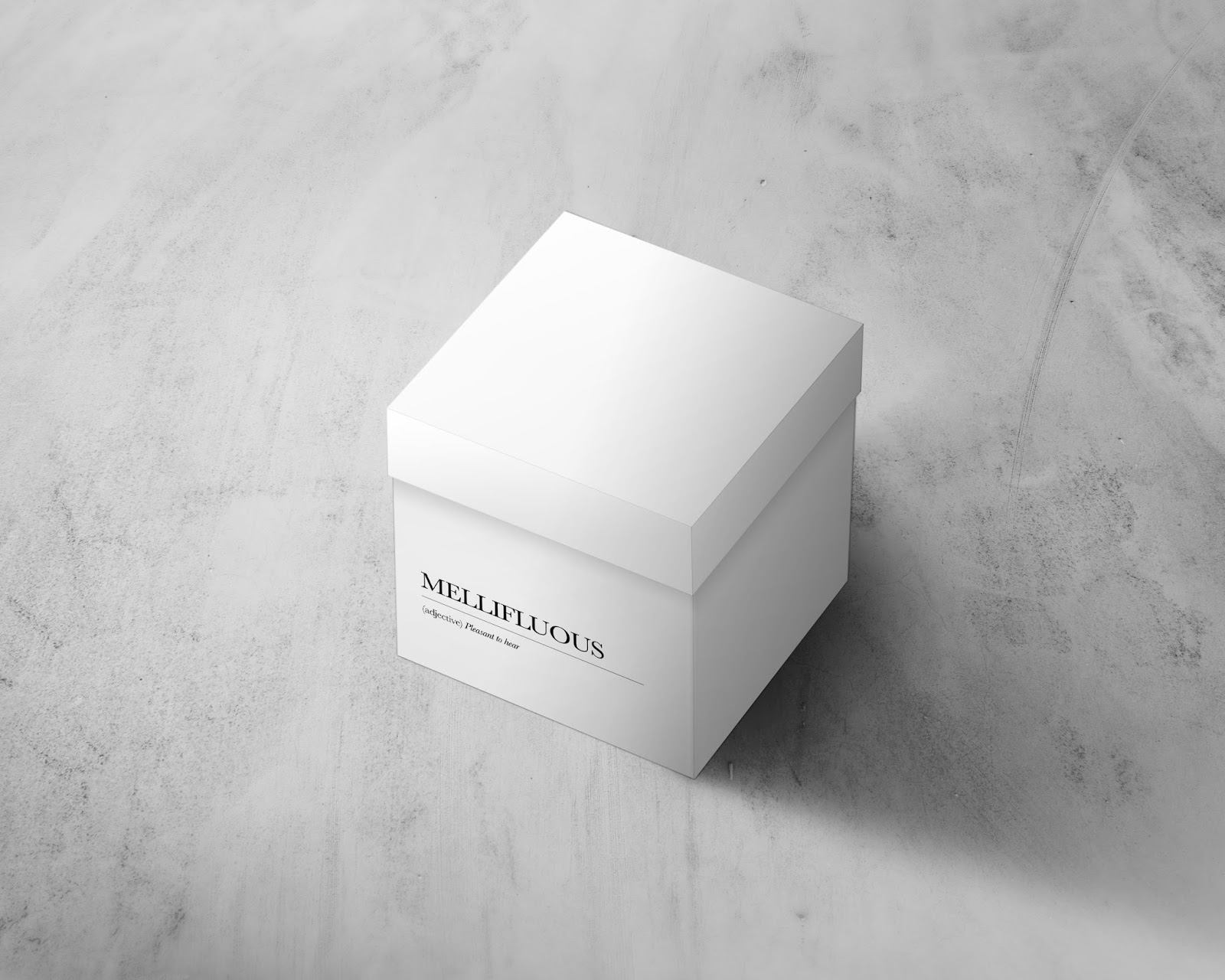 3. Mellifluous
Mellifluous (of a sound) pleasingly smooth and musical to hear.

To bring out the inherent tone of a fragrance and synesthetically manifest it into a sound was daunting! However, combining smoky woodsy fragrances with floral notes, added a sensuality and vividity to produce what could probably be a mellifluous scent.

Perfume composition:
The base notes are smoky woody scents with a hint of patchouli, chocolate and vanilla, at the heart are rose, freesia and peony with a hint of peppery spice. The scent dramatically opens with a citrusy scent with a background of green tea and black currant. 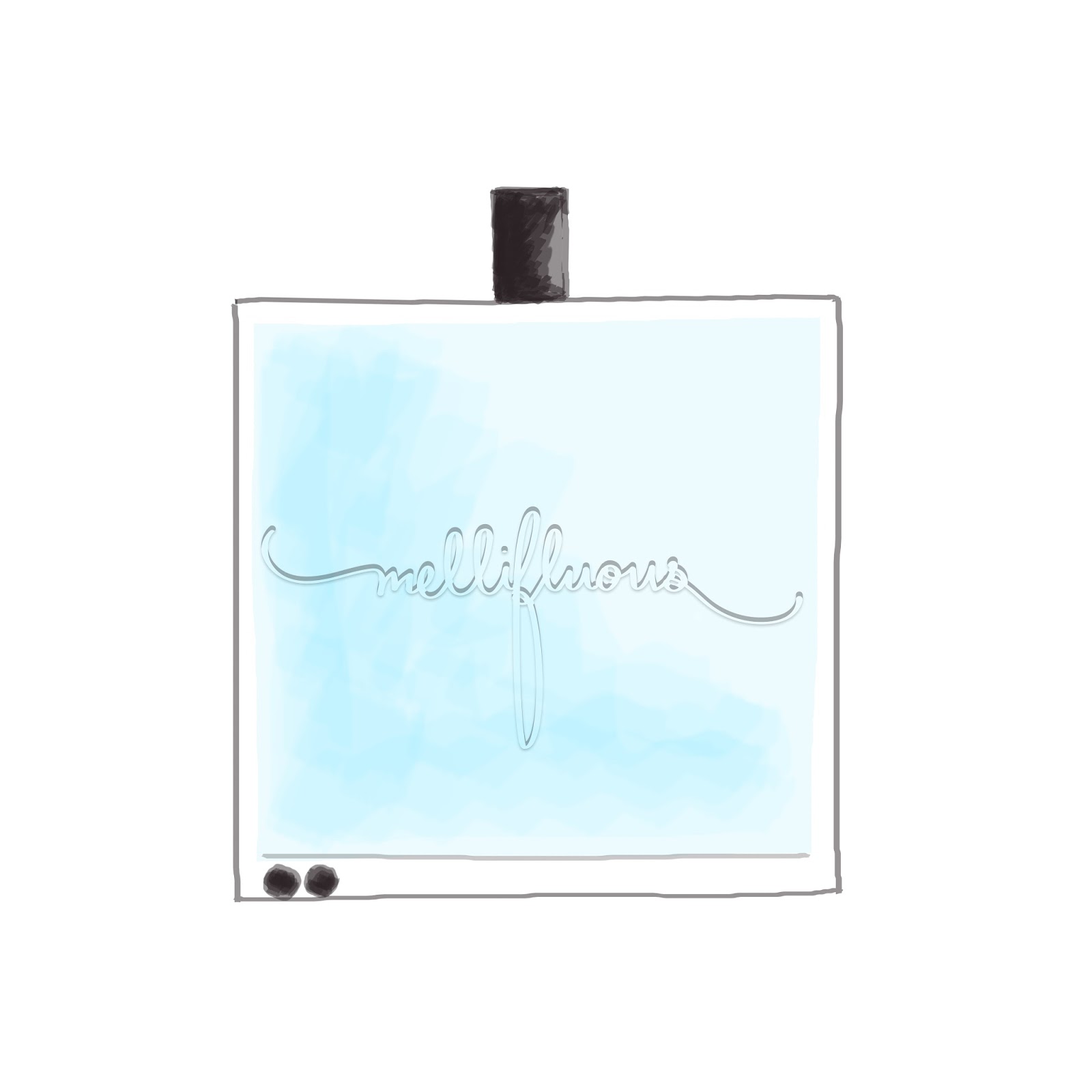 Design:
Just a tinkling sound is what the team aimed to achieve after a lot of iterations like music box or a Codd neck bottle. By adding a few metal beads into the glass cavity at the bottom of the perfume, it was easily achieved. This way, it perfectly complimented the rest of the fragrances in the set – a mellifluous addition!

Ode
Ode a lyric poem, typically one in the form of an address to a particular subject, written in varied or irregular meter.

After snatching three beautiful words out of the dictionary, sniffing around with them, whiffing out their scents and bottling them in a collection, an Ode- to words and olfaction- ensured that what you wear runs deep- in meaning and manifestation.

With this, Bizongo Design Team hoped to have bottled a new way to learn words- associating them with favorable smells.

After this project, our content & design departments went on to create an extensive resource called The Packaging Handbook. This is a heavy resource demystifying various industry jargons and covering the A-Z of packaging industry. A must-have for anyone who deals with packaging.

Design by Soniya Bhase; Text by Sandhya Ramachandran
Disclaimer: The application/product so developed is solely for the purpose of reasonable trial/experimental purpose only.

About the author / company
Sandhya Ramachandran is a multimedia storyteller who helps brands across the globe express themselves through engaging narratives. A passionate advocate of location independence, she believes in changing the way the world works, one story at a time. You can follow Bizongo’s on Twitter, Facebook and Linkedin.
Visit Packaging of the World for more packaging design inspiration. http://ift.tt/1drwvMc

via Packaging of the World – Creative Package Design Gallery http://ift.tt/2FJcxT6