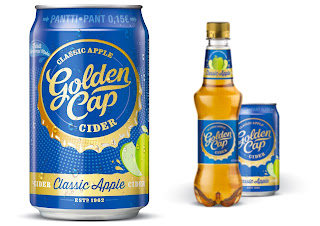 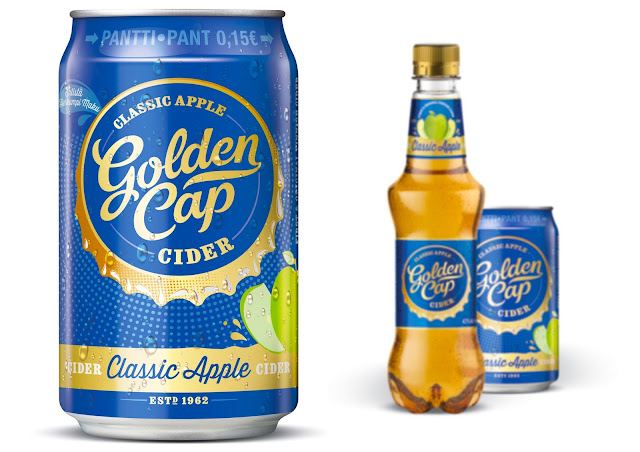 Finland is a cider superpower, At 9 litres per capita, Finnish cider consumption is the second highest in the world after Ireland. Golden Cap, Finland’s first and Original cider brand has been providing the best-tasting range of ciders to Finnish consumers since 1962.

Sinebrychoff appointed Taxi Studio to reposition and redesign the brand, and packaging in August 2012.

Strategy Director Brian Mansfield said: “Our task was to make Golden Cap more accessible to a younger audience without alienating the brand’s core consumers, creating synergy in the look and feel which could both recruit and retain.”

Creative Director Spencer Buck said: “The existing design did not fully express the potential of a brand with such a long established history. So we began by searching the brand’s archives for historic equities that could be revived… we wanted to transform Golden Cap into the iconic brand it deserves to be. Our search uncovered some interesting elements, including a beautiful logotype and crown closure device.”

Taxi’s new design features a ‘golden cap’ device that creates a striking and ownable brand identity. The cap allows each product name to be easily communicated and sits on a background of colour relevant to each flavor. The new brandmark generates strong brand blocking in its competitive environment, and simplifies range navigation to help consumers shop the fixture with ease.

Päivi Koskela, Golden Cap Brand Manager adds: “I particularly liked the creative environment at Taxi… I genuinely found it very inspiring to be part of the initial workshop. It was clear that Taxi conducted a lot of background research to understand the Finnish culture as well as the Golden Cap heritage. The breadth of work was extensive and a very strong brand architecture had been considered, not only for the existing portfolio but also for future editions. The process was incredibly smooth, I was really surprised how easy it was to work together despite the distance. Taxi were always very patient and accommodating, and their presence was appreciated at the final production stage. A very friendly, easy-going brand design agency.” 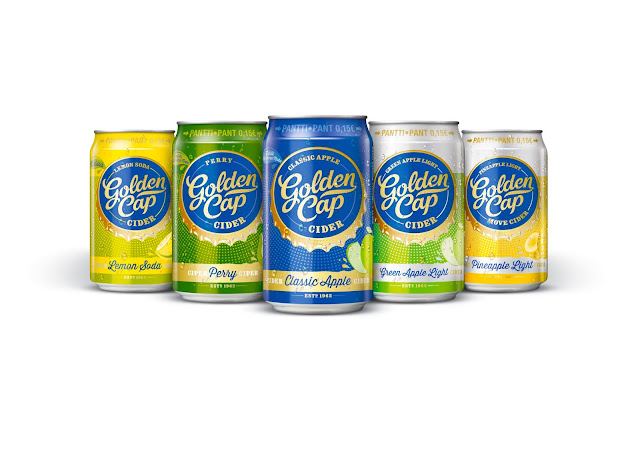 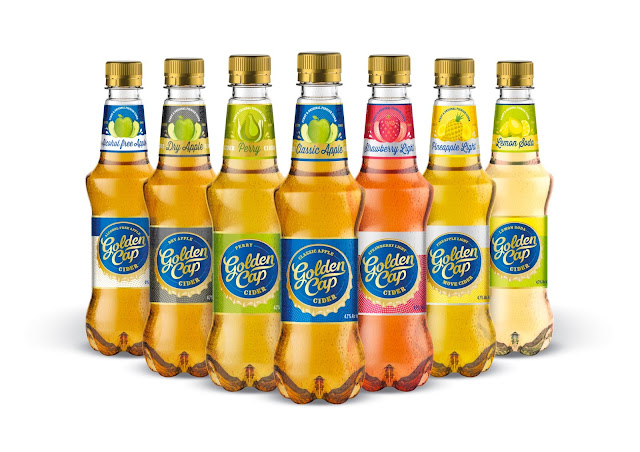 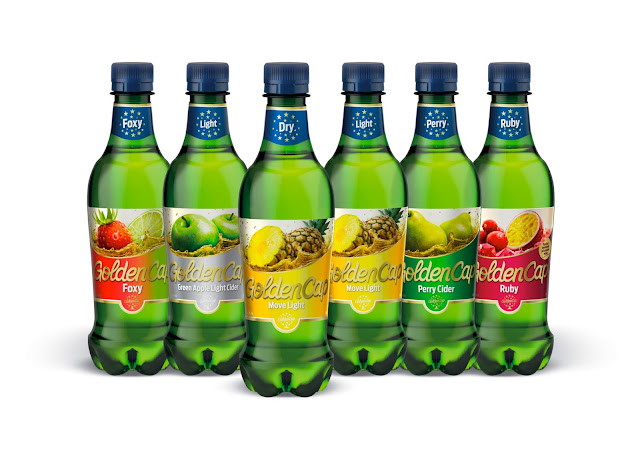 via Packaging of the World: Creative Package Design Archive and Gallery http://feedproxy.google.com/~r/packagingsoftheworld/~3/ka9QEZyGuM0/golden-cap.html