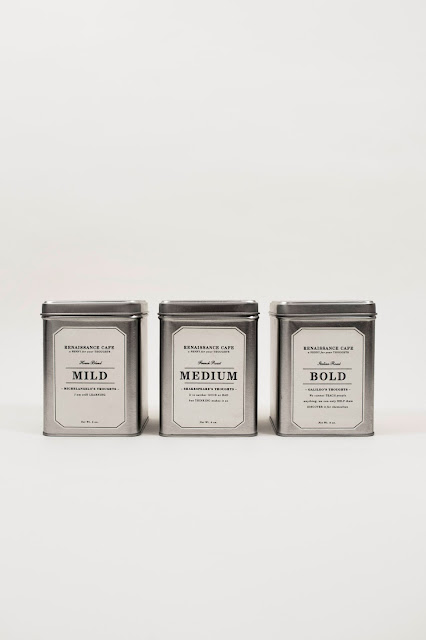 This is a branding and packaging project for a fictional coffeehouse called Renaissance Cafe. The concept behind the brand was “a penny for your thoughts” paying homage to “Penny Universities”. When coffee houses first appeared in Europe they were known as “Penny Universities”. Those who paid a penny could participate in intellectual discussions, catch up on the latest gossip, and receive news. These houses celebrated the idea of learning something new for the price of a coffee. At Renaissance Cafe, we advocate the spread of thoughts and ideas, good company, and a great cup of coffee. The packaging features quotes from Renaissance thinkers that are meant to serve as conversation starters. 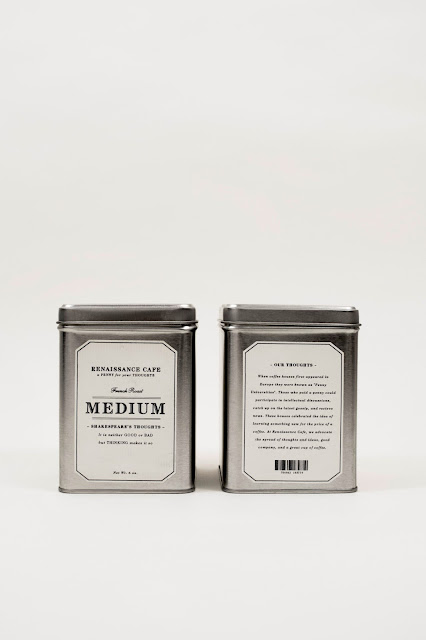 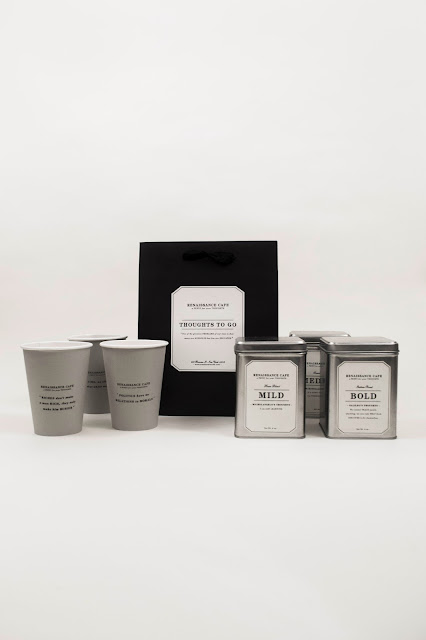 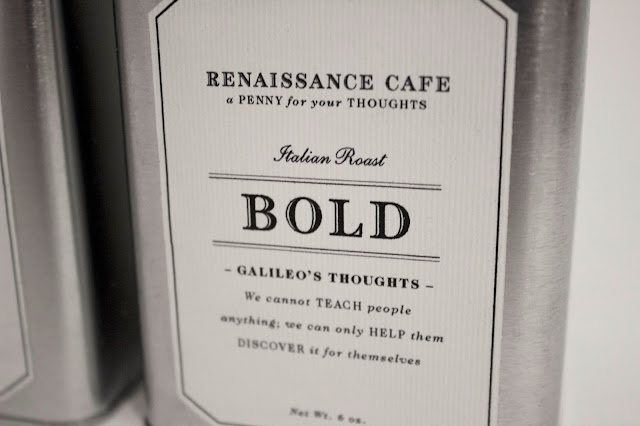 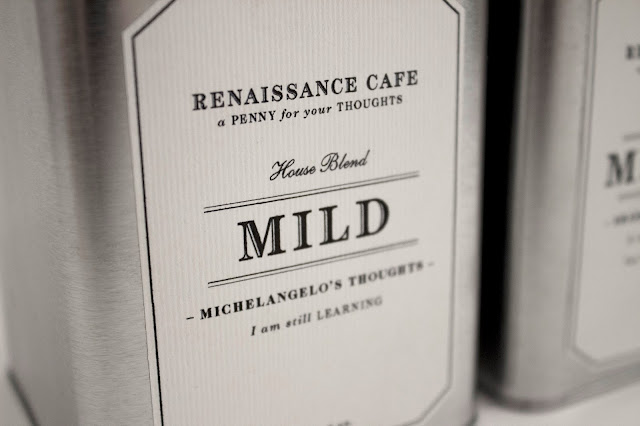 via Packaging of the World: Creative Package Design Archive and Gallery http://feedproxy.google.com/~r/packagingsoftheworld/~3/eHOLc-k5BeI/renaissance-cafe-student-project.html