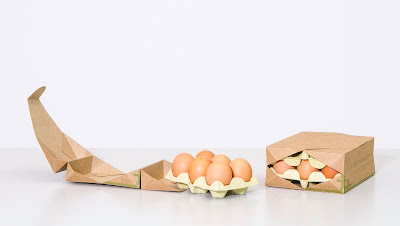 This project rises from the need to provide a solution to the problem of plastic pollution that is currently increasing and gradually invading the ocean. From there, it was developed the collection of containers for various areas of food, currently packaged in some way with plastic elements.
This containers are made of: StonePaper, paper produced from minerals, which is water and grease resistant, and made of, recycled cardboard, both materials 100% degradable over a period of 9 months. Besides this, the collection is designed based on principles of Origami, so that all the elements are folded flat for their distribution and storage, being easily built for its use.
The aim is to reduce the environmental impact of food packaging, but in a different way, so rather than being only boxes of degradable materials, they are efficient containers, with an added value in its fold, presenting the food in an innovative way. Therefore they will be use by restaurants, groceries or markets that want to be eco-friendly an also give this added value to their products, framing them in the containers. 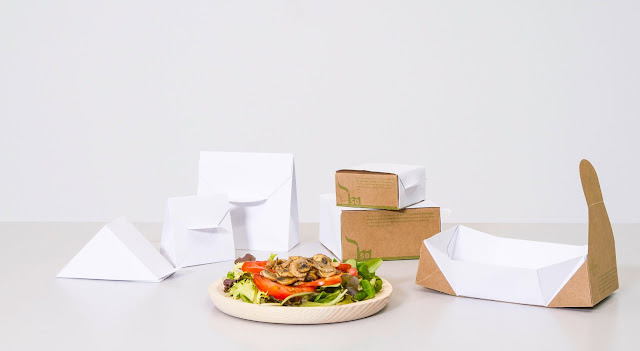 Containers for Take Away Food.
Consists of one box, two bags and three trays of capacities from 500ml and 1,5 Lt., intended to contain food cooked and ready to eat, such as sandwich, pasta or any other dish that needs to be served in a flat surface. Made of StonePaper with Sealable Lid and for the Trays and extra piece of Recycled Cardboard. They are thought for foods with a high liquid content, so its corners are sealed and reinforced to avoid spills. 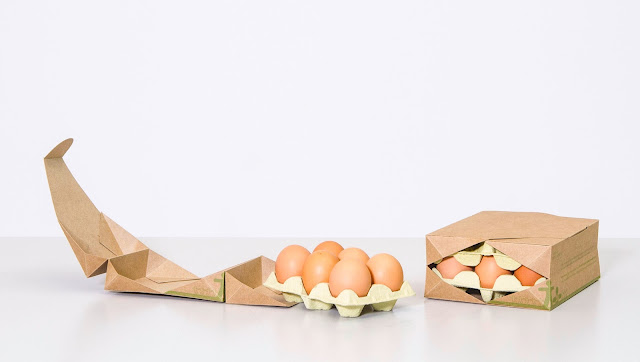 Containers for Eggs
Consists of two boxes that adapt to the standard egg sstructures, with capacities for 6 and 12 eggs. Drawn up in order to hold all the elements and protect the fragile content, also storing the eggs until they are all consumed. Made of Recycled Cardboard to be Reused, sizes to fit the standard egg structure.

Containers for Meats and Deli
Formed by an envelope and two boxes of capacities from 250ml and 1,5 Lt., intended to contain deli food such as cheese, ham and othe sliced elementes, and bulkier elements like chicken, meat, pork, among others. Made of StonePaper with Sealable Lid, they are born from the need of containers that could adapt to its content. The semicircular element that remains lifted in all paper models, works as a tab to open easily. 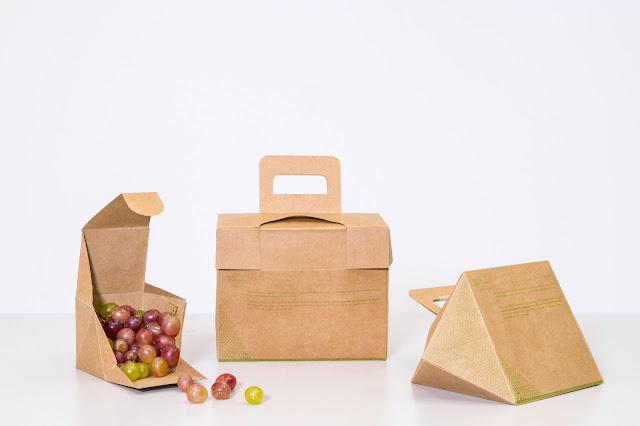 Containers for Fruits & Vegetables
Formed by three boxes of capacities from 1to 7 Lt., intended to contain fruits and vegetables of several sizes, being the small closed one for cherries and similars, the medium for apples and such, and the big one for various containers, such as, the small one for fruits, the small box of eggs or the small tray. Made of Recycled Cardboard to be Reused. 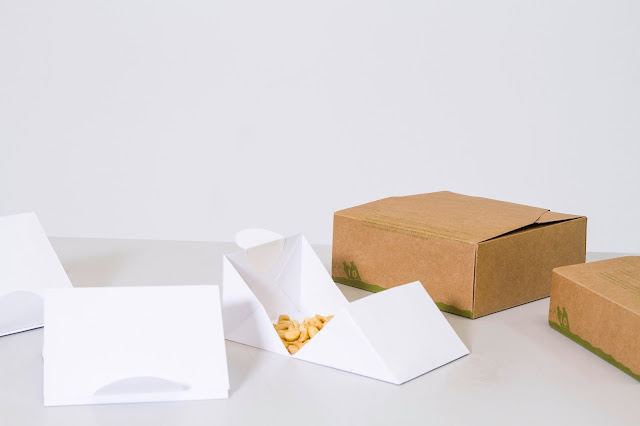 Containers for Sweets & Nuts
Formed by two cardboard boxes and four paper ones, of capacities from 250ml to 4 Lt., intended to contain a diversity of foods such as big cakes in the cardboard containers, and nuts, chocolates, seeds and other items that are usually comercializad by weight. The doble containers is intended for sundflower seed,s a very typical snack in Spain that needs a space for discarting the shells.

via Packaging of the World: Creative Package Design Archive and Gallery http://feedproxy.google.com/~r/packagingsoftheworld/~3/yN66mgmGpFI/de-fold-containers-student-project.html