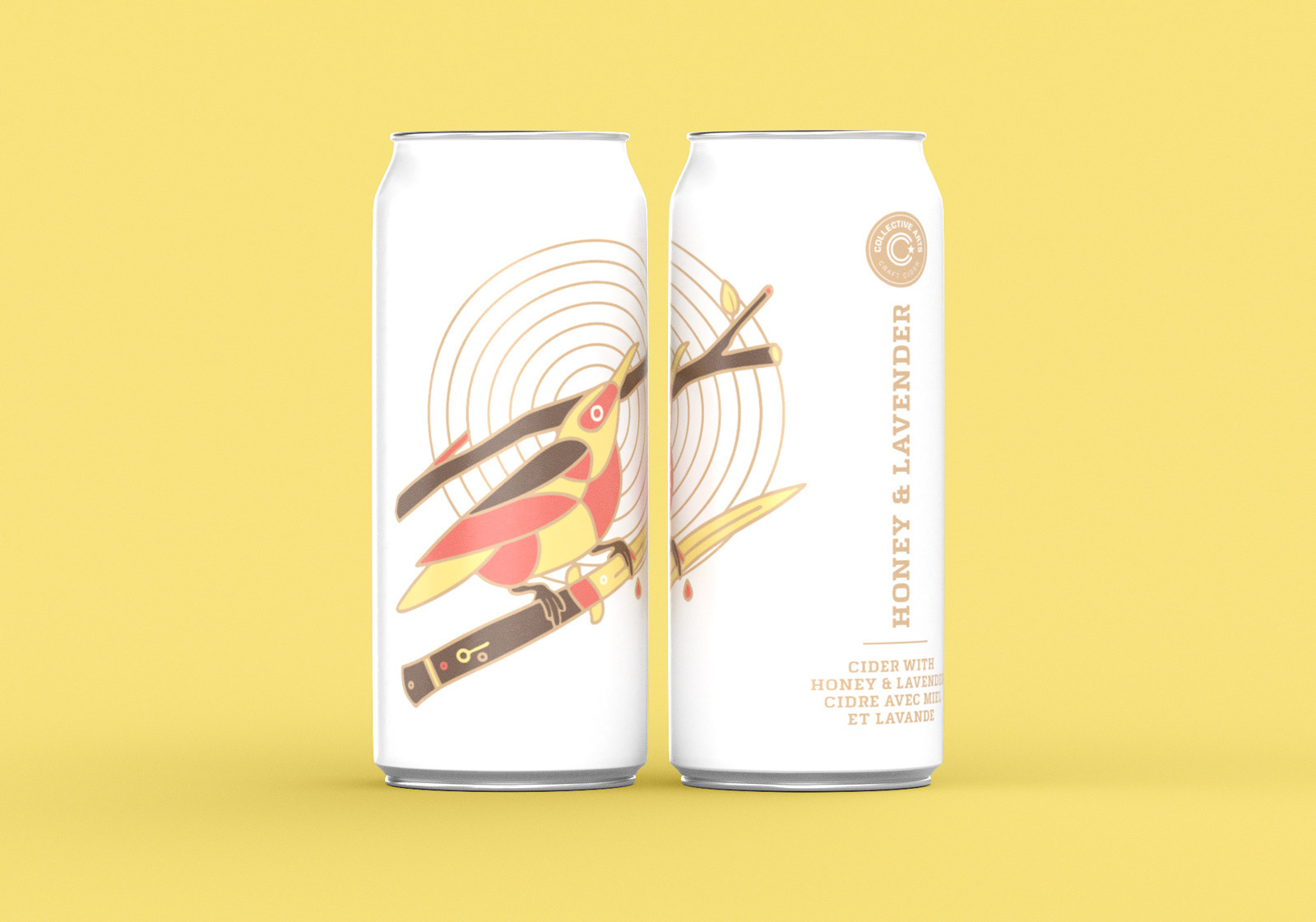 Collective Arts Brewing is a craft brewery in Hamilton, Ontario. It is a grassroots craft brewery whose mandate is to combine "the craft of brewing with the inspired talents of emerging and seasoned artists, musicians, photographers & filmmakers", selecting previously published pieces of artwork every year to adorn their cans.

For series 9, my illustration Hard Landings was one of the pieces chosen out of 2,000+ submissions from around the world. It became the label of the Honey & Lavender Cider in stores in Ontario at the LCBO and The Beer Store​, as well as across Canada, New York, Chicago, Nashville, Connecticut, Massachusetts, Vermont, Italy, Spain and Australia. It was also used on promotional materials such as coasters and event ads.

via Packaging of the World – Creative Package Design Gallery https://ift.tt/2qbiXTr