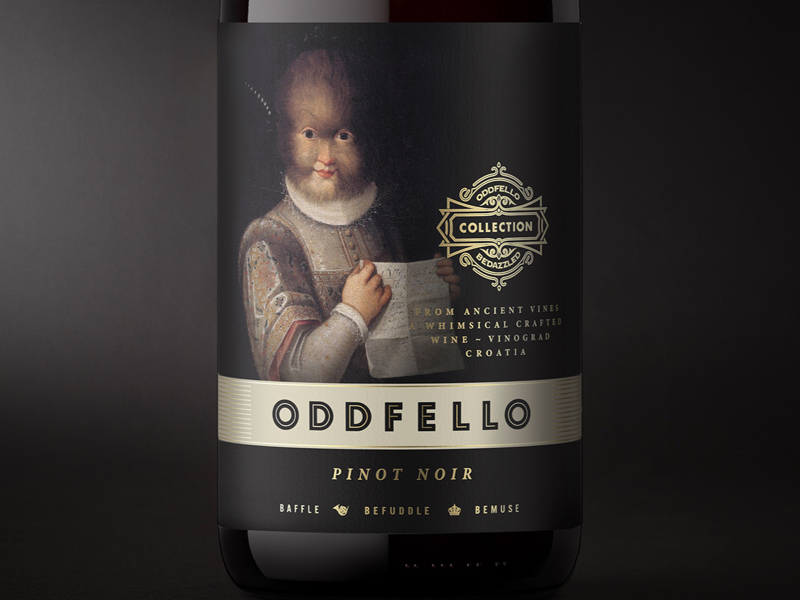 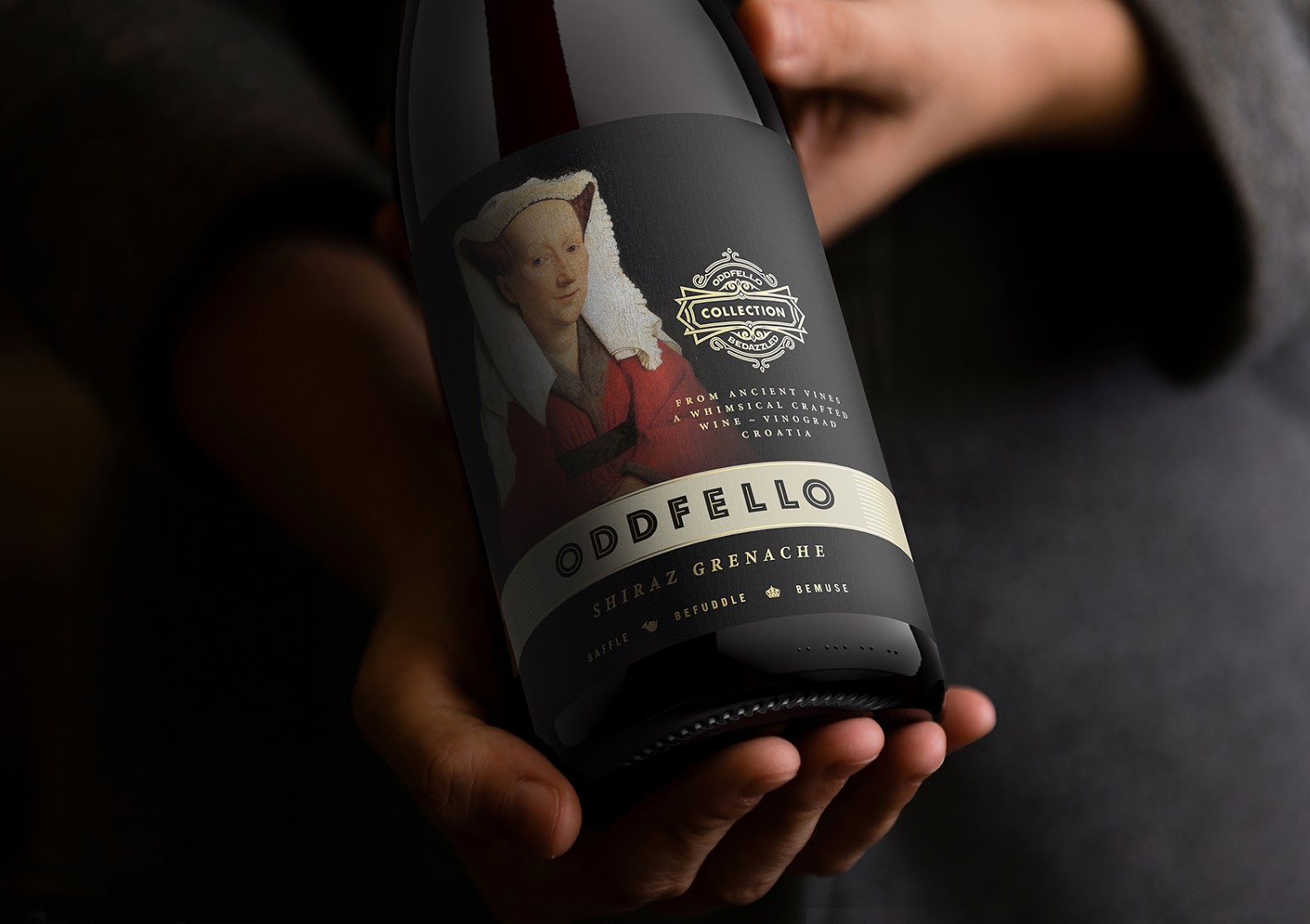 The Oddfello name, concept and packaging was inspired by the family run vineyard which dates back to the Renaissance era and is nestled on the hills overlooking the crystal clear waters of the Adriatic Sea. It also happens to be a place not far from where the HBO series Game Of Thrones was filmed, on the Dalmatian coast, in Split and Dubrovnik. Like the characters from the Game OF Thrones… Oddfellos are medieval personalities, flawed and yet redeemable with their odd but likable eccentricities.

The design intentionally taps into the aristocratic heritage of the characters that frequented the area. A visual journey that recalls these characters depicted in well-known artist's paintings, which date to that period in history. These often eccentric and odd visitors enjoyed the fruits of vinograds ancient vines, that to this day still produce elegant blends. Thanks to the influence of the Greeks from two and a half thousand years ago, wine is still produced in Croatia. Today, the country now has more than 300 geographically defined wine-producing areas within its rugged borders.

via Packaging of the World – Creative Package Design Gallery https://ift.tt/39Ry9wS