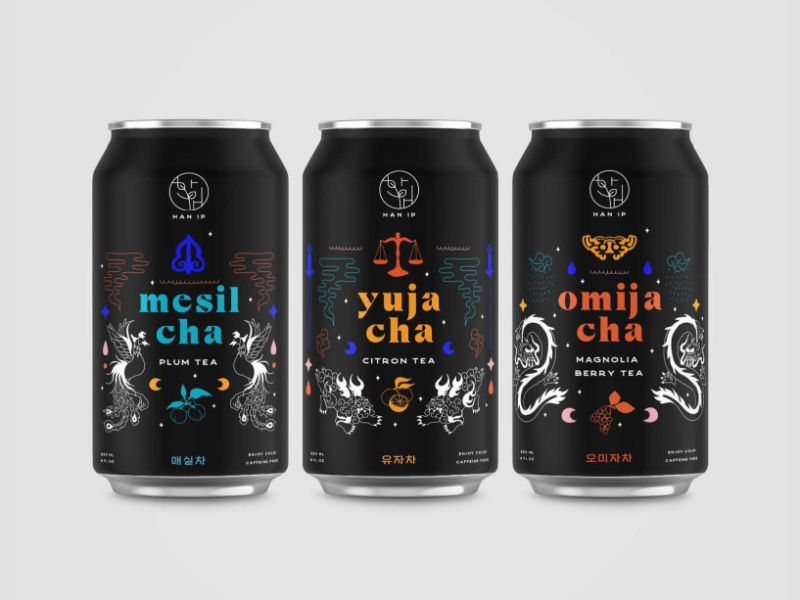 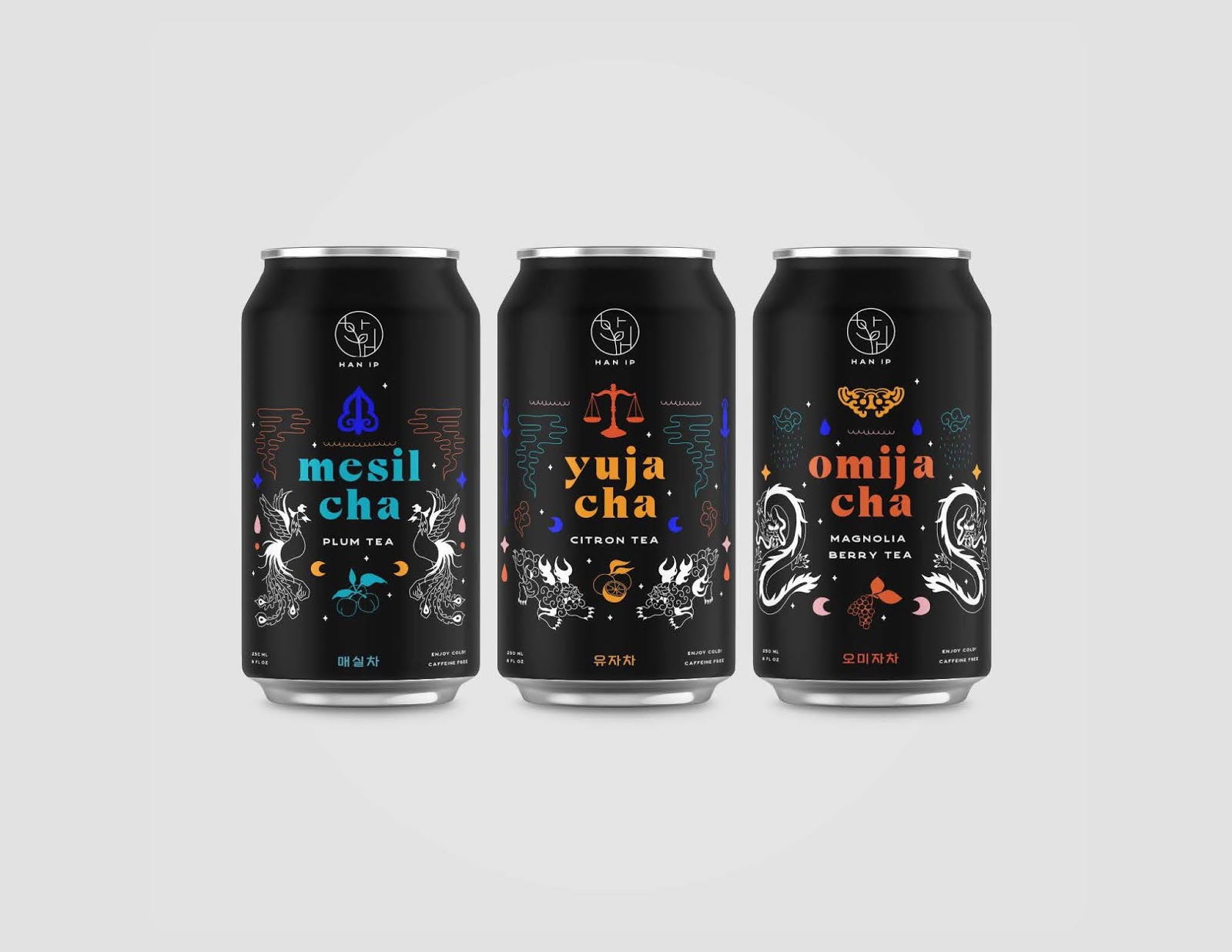 Han Ip is a conceptual canned tea business that aspires to introduce Korean tea to those who are not familiar. The brand name Han Ip translates to “one bite/sip” in Korean and is commonly used in the phrase “han ip man” which signifies “just one bite/sip”. The phrase is often thrown around friends or family to ask for a bite or a sip of their food or drink.

Each flavor is paired with a Korean mythical creature that shares a similar symbolism with the ingredients that are used to brew the tea. With a brief explanation of the cultural meaning on the back of the cans, it gives the illustrations context and lets the consumers further connect with the product.

For example, Yuja, which translates to a citron in Korean, is often associated with justice. Similarly, Haetae (also known as a unicorn-lion) sculptures were placed in front of royal palaces to uphold law and order and prevent natural fire disasters. As both citrons and Haetaes represent justice, a sword for law and order and a scale for justice were incorporated into the designs. Using the same logic, Mesil Cha uses a Korean sundial needle to convey longevity and fate through reincarnation, and Omija Cha uses a traditional bat pattern that symbolizes good luck.

Other than the illustrations that directly correspond to the symbolism, pieces from decorative folding screens that were placed behind a king’s throne in ancient Korea, such as traditional cloud shapes were integrated into the design as well. The color palette was inspired by Dancheong, which refers to traditional Korean decorative coloring on wooden buildings and artifacts. Luckily, the Dancheong color palette consisted of colors that could represent green plums, citrons, and red magnolia berries, which were used as the dominant colors for each flavor.

via Packaging of the World – Creative Package Design Gallery https://ift.tt/32gCpBF