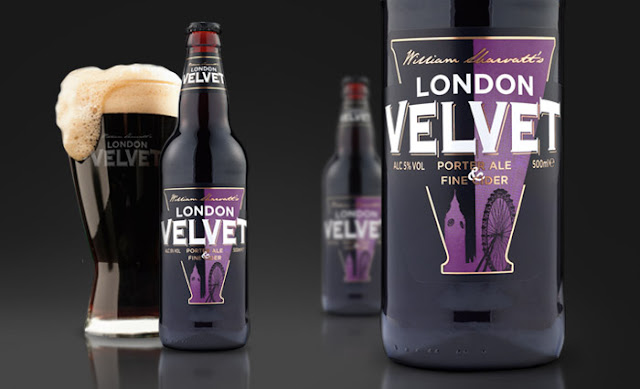 Recently launched into the UK market, London Velvet is a relatively new commodity in the world of ales. It is a rare and difficult blend that combines two popular tipples, Porter Ale and Cider, mixed together to form this very unique drink. The result is a tantalising and refreshing drink which assumes the name of London Velvet from its originator William Sharvatt, originally creating the experimental blend way back in the late 19th Century.

Equator Design were briefed to create a new brand that could compete in both the ale and cider market, where consumers were able to understand the brand’s proposition but wouldn’t feel alienated by the contemporary offering of mixing these two classic drinks.

The end result was a design that was very well received by both the client and the consumer research that subsequently followed. The creative manages to introduce the ‘old v’s new’ thinking by displaying a balance of two sides – black v’s purple, Big Ben v the London Eye, two traditional drinks with one contemporary delivery. A fun brand that doesn’t take itself too seriously in a category that can all too often appear stagnant in it’s consumer approach. 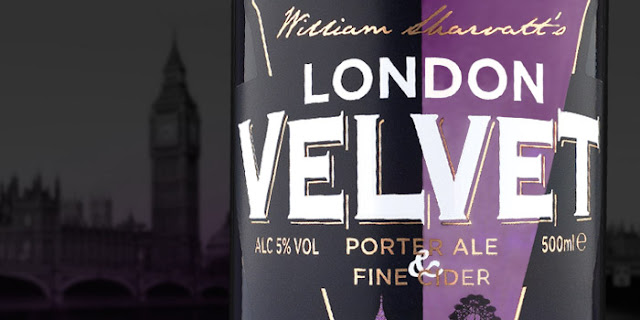 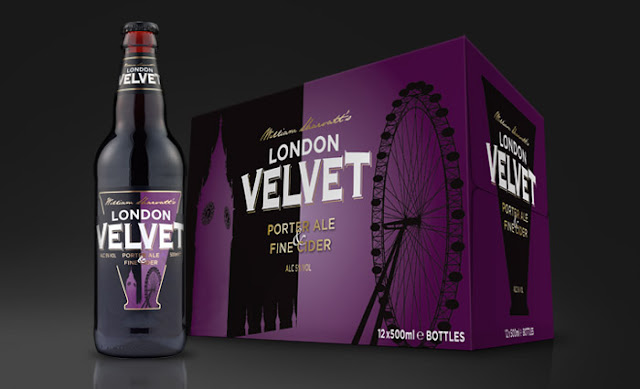 via Packaging of the World: Creative Package Design Archive and Gallery http://feedproxy.google.com/~r/packagingsoftheworld/~3/tlT8RP7Zoyo/london-velvet.html