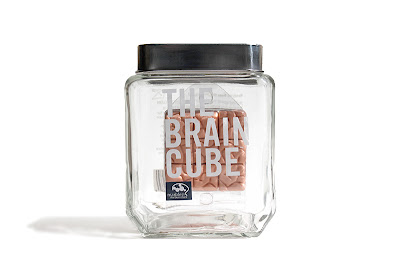 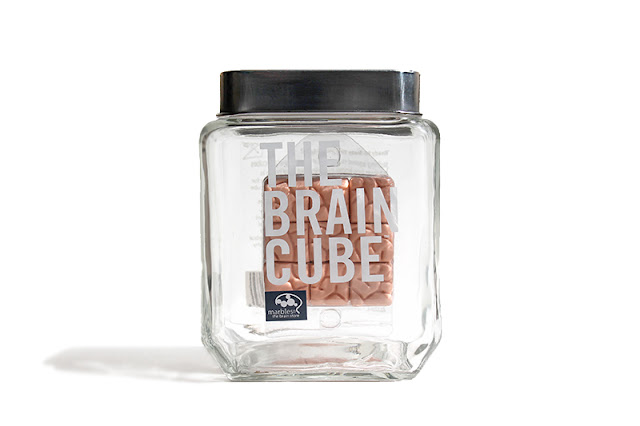 When Marbles: Brain Workshop began working on The Brain Cube with Jason Freeny, an American sculptor known for his brilliantly original dissection of pop-culture toys, we were a little star struck. And afraid for our organs. And really excited to step up to the challenge of producing and designing packaging worthy of such an awesome toy.

At first we played around with a number of box designs, but since the final product was a Rubik’s-style puzzle cube with brain bits instead of colors, we kept coming back to the obvious answer: a glass jar. Sure, it might be considered packaging overkill, but Marbles was out to create a real head-spinner. Plus, once the substrate decision was made, it really was just a matter of figuring out how to make the Brain Cube “float” (completed by clear vac-form cases that dangle from the top of the jar) and making sure consumers had great visibility of the final product (completed with a clean screen print design on clear stickers which could easily be removed should the consumer wish). 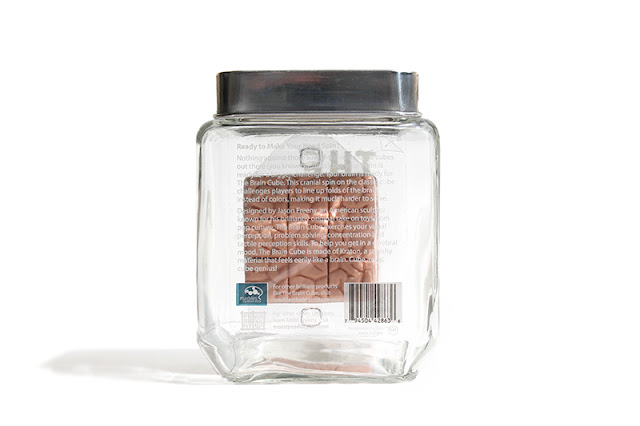 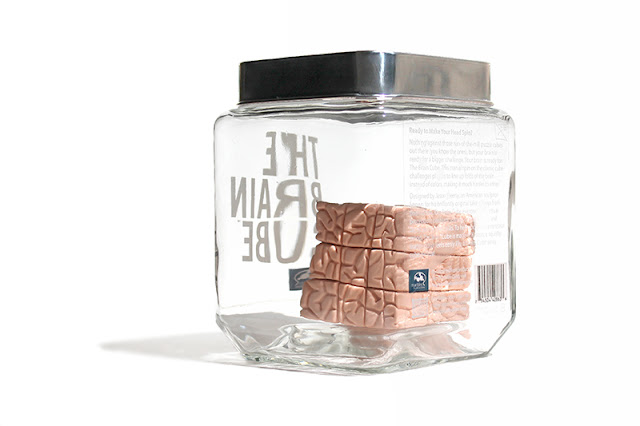 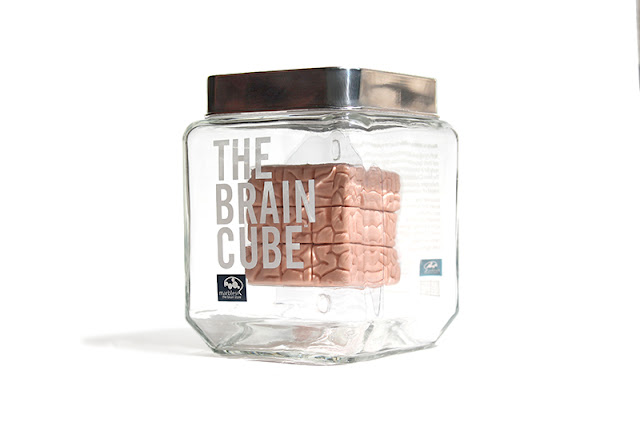 via Packaging of the World: Creative Package Design Archive and Gallery http://feedproxy.google.com/~r/packagingsoftheworld/~3/Y-TReu156RI/the-brain-cube.html