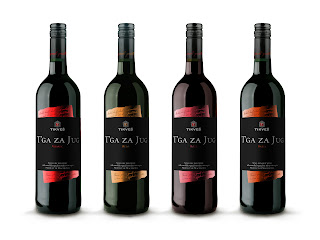 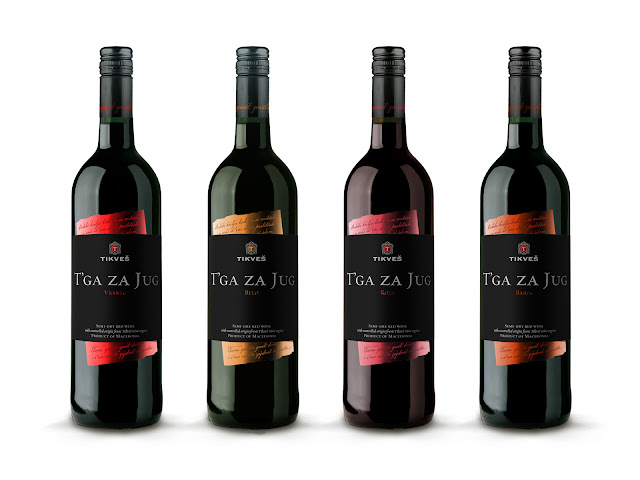 The Story:
The wine T’ga za Jug (Longing for the South) is named after an old poem (wriiten by Konstantin Miladinov) and is one of the most famous Macedonian red wines. What’s interesting is that poets named this wine in 1973 since it was the official wine for the Poetry Evenings Festival in Struga, Macedonia.

The Task:
The task was to redesign the old wine label by following the new strategy developed by McCann Belgrade’s strategic team.  Also, the developed concept should be flexible enough in order to introduce a whole range of T’ga za Jug wines.

The Solution:
The new label is an evolution of the old design. It is composed of two contrasting elements:

1. Black matte surface that holds the brand name as a central focus point
2. Diagonally placed foil-blocked surface which contains bits of the poem

The contrast of the black and the red surface creates an illusion as if a piece of the poem is placed behind the black label.

The lyrics are offset-printed over the red foil which creates an additional tactile quality. 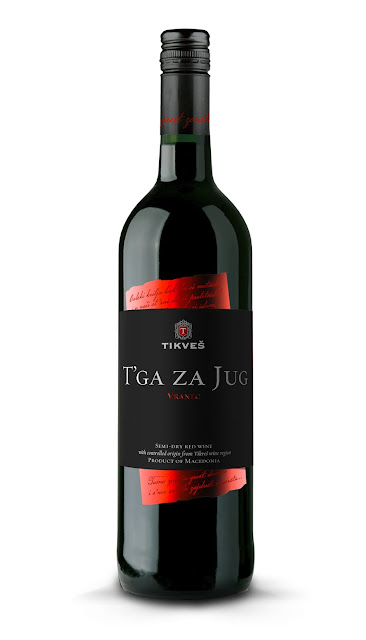 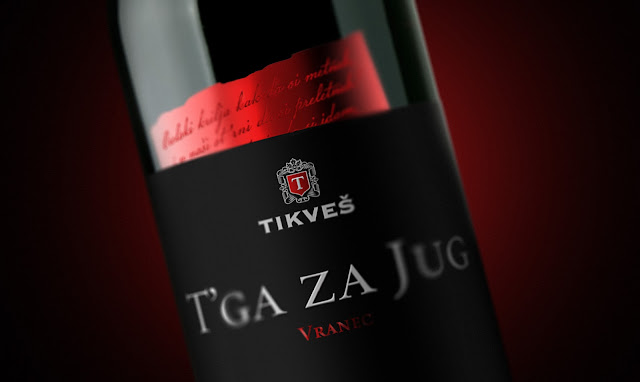 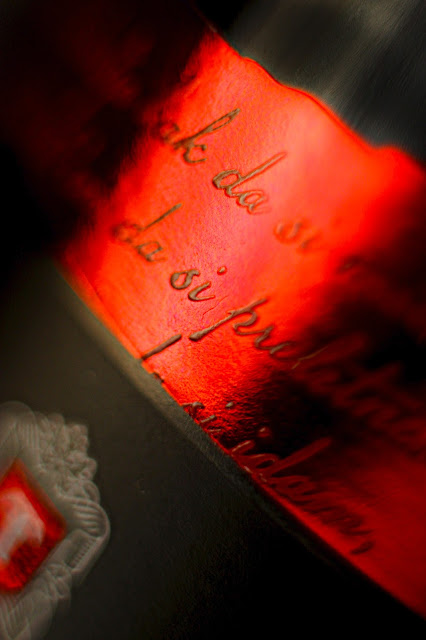 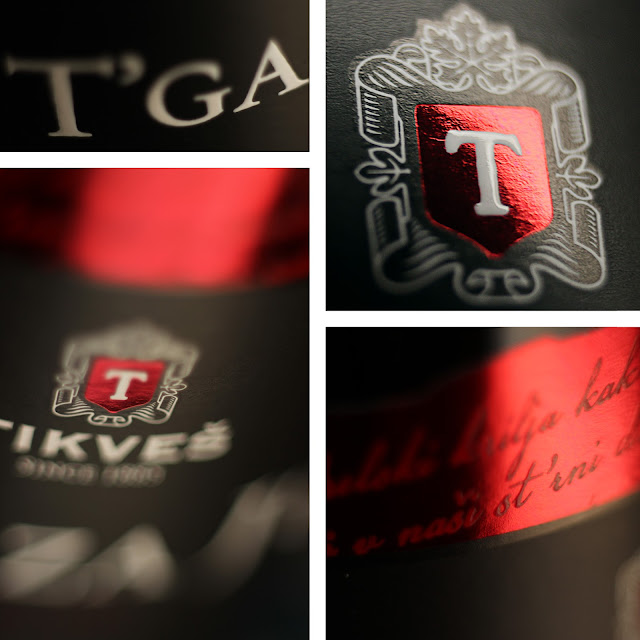 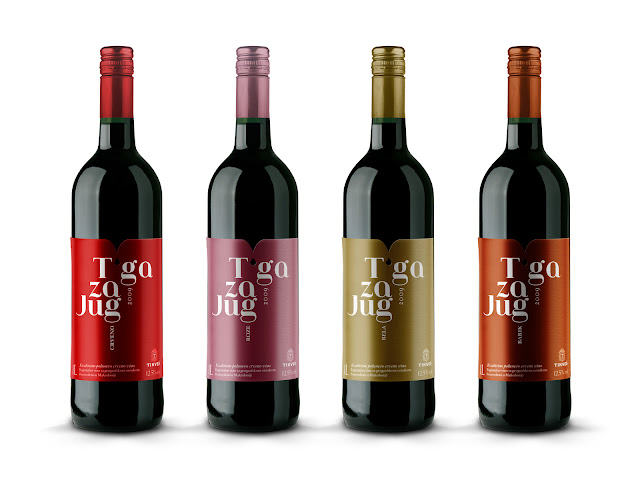 The other concept proposal:
As opposed to the first solution which was accepted, this concept does not have anything in common with the design of the old wine label.

The main element is the drop created with a custom die-cut. It symbolizes teardrop, blood and wine at the same time.

In order to create an additional experience,  a hidden verse is placed at the peel-off foil which is revealed when someone opens the wine. 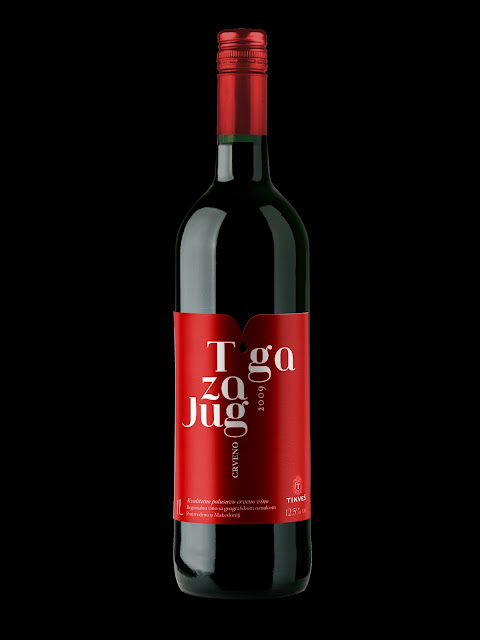 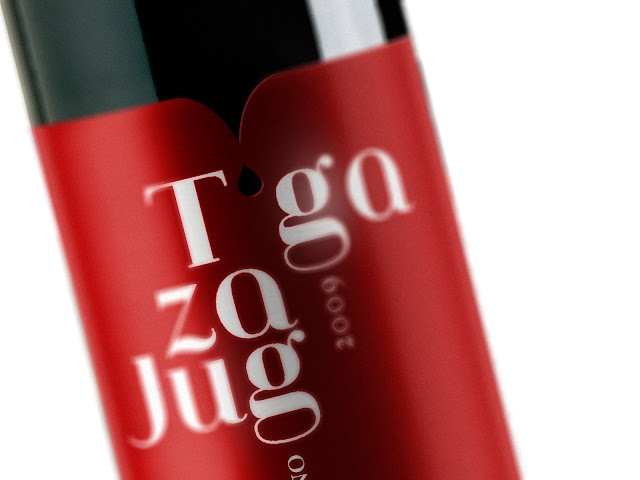 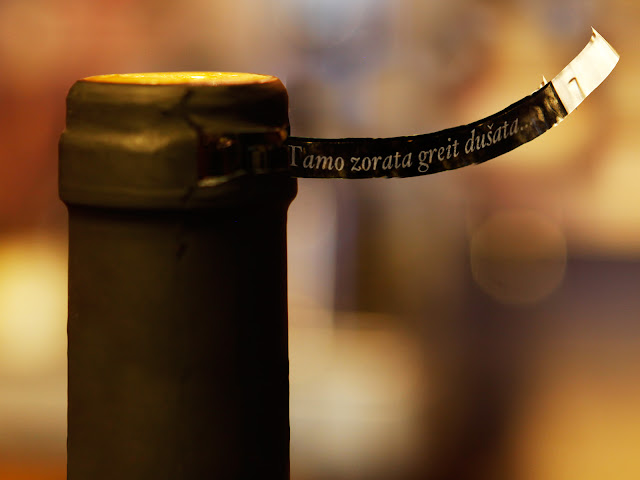 via Packaging of the World: Creative Package Design Archive and Gallery http://feedproxy.google.com/~r/packagingsoftheworld/~3/9_noQYUiHlg/tga-za-jug.html