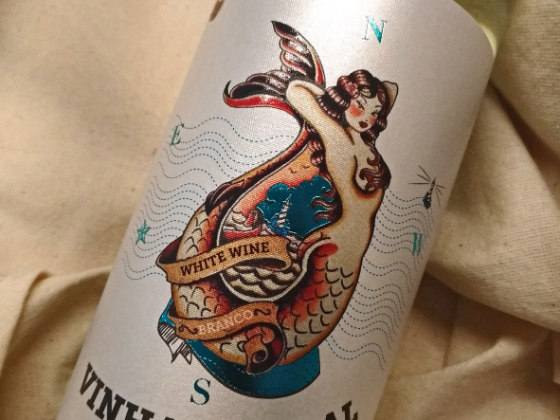 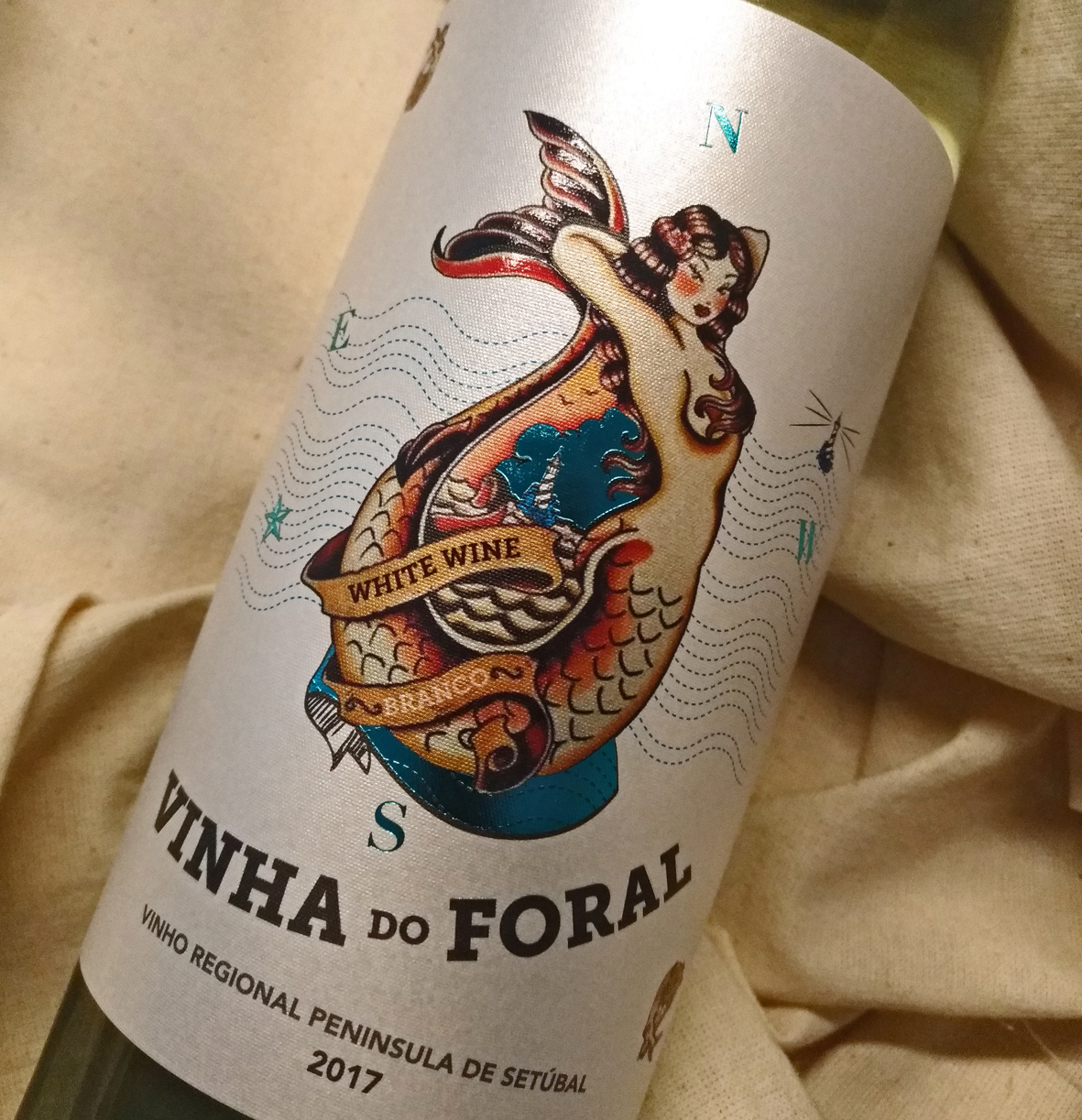 Being a white and fresh wine, our imagination quickly goes to the sea (Setúbal Region) and from there on the maritime exploration throughout our history and along this maritime exploration, contact with animals and marine animals. If the dolphin is an important reference in the region, stories and legends throughout history also arise in the form of writings, films, others in which references to other creatures of the sea appear, from frightening creatures such as sea monsters or other to other ones, more beautiful than ever that immemorial reports still today fill the imagination of many of us … mermaids!

How to materialize a mermaid, fixing it in drawing / illustration?

Also here and like the mermaid's legend perpetuated in diverse stories and reports, the mermaid's drawing was also perpetuated throughout the history in the form of tattoos, tattoos made in the most varied parts of the body of sailors, pirates and men of the sea. In the same way that throughout the history the drawings of mermaids have been copied, improved, adapted and tattooed, without rules, freely having only the concept / idea of ​​mermaid, the tail that characterizes it, the position of the body, the colors of the paints on the human skin, whose range is very characteristic, in parallel, a fundamental issue these days, a design adapted and adapted for centuries by different artists in different contexts Do you have authorship?

Each of the versions contributes to a collective imaginary and this is what we built with this drawing, which is the addition and adaptation of drawings found in several registers, on internet, or in real tattooed mermaids on some (few) friends,books.

In the end, another detail that can go unnoticed, the cardinal points E (east) and W (west) are changed / inverted personifies the power that the mermaids had in the sailors, bewitching and thus leading them to drown, a (possible) metaphor about the power that wine also has.

via Packaging of the World – Creative Package Design Gallery https://ift.tt/2LSicbw