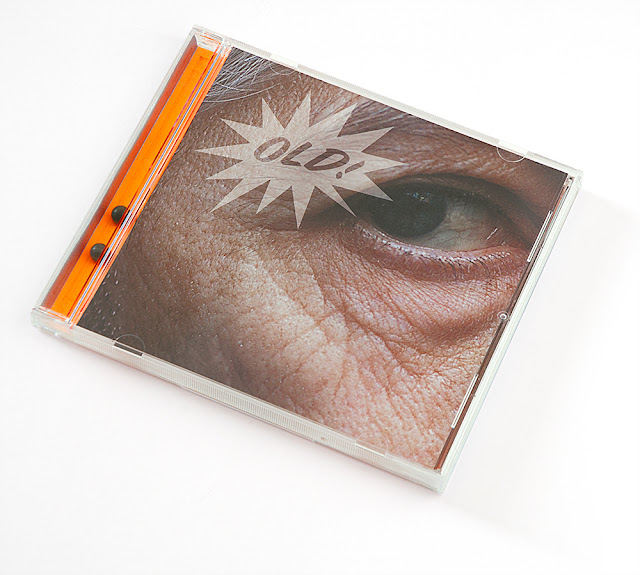 Recently learning that some promotional CDs that I had sent out in 2007 had, in all probability, never been delivered,

I decided to repackage and re-release this album of 14 old songs, entitled: Old!

The good thing about this title, is that, now, if someone says, “Randy Ludacer’s old,” there’s a possibility that they might just be talking about my new album.

I’d been wanting for a while to design a CD package with something contained in that narrow compartment that jewel cases have. But what tangible object(s) would most suitably sum up that “old” gestalt?

Two 1/4 inch ball bearings. Obviously. Sourcing was tricky. I wanted them to be rusty, so they had to be carbon steel, rather than chrome-plated. Being rusty, the ball bearings over time will draw a skid mark line as they roll back and forth over their fluorescent orange track.

A free copy of the Old! CD will be sent to the first person who correctly identifies the specific artwork that these ball bearings allude to. (Employees of Beach Packaging Design and their family members are not eligible to enter)

Some other favorite packaging design strategies that we’ve employed here include: an ironic graphic burst, an unexpectedly colorful interior and fluorescent orange branding. 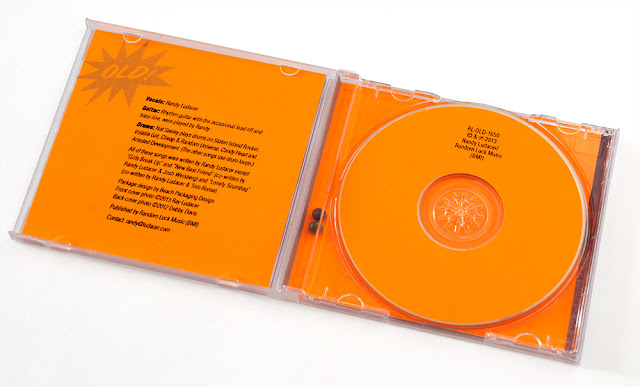 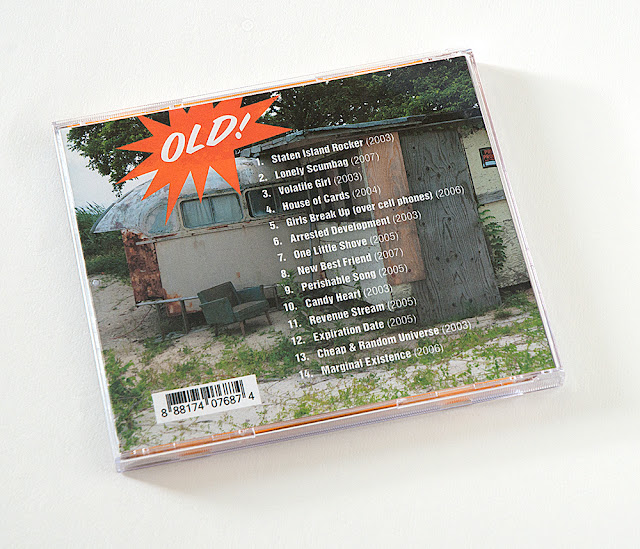 via Packaging of the World http://feedproxy.google.com/~r/packagingsoftheworld/~3/p9Hs1ZSGWeU/old.html