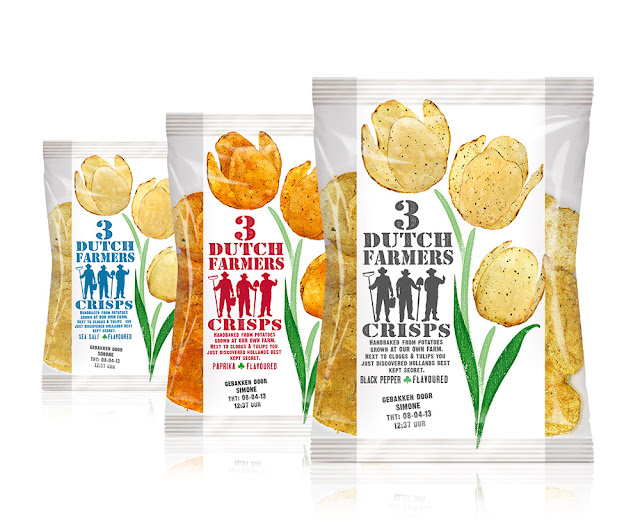 Designed by Sogood, The Netherlands.

Sold and developed exclusively for Schiphol (Amsterdam) Airport, these crisps are hand-baked from potatoes grown at the farm of three real Dutch farmers. They started in 2004 to cook crisps from their farm grown potatoes. The special taste is not only due to the good quality of the soil in the Dutch national landscape “the Hoeksche Waard”, also the skin of the potato contributes to the fine potato flavour, that is characteristic for the Dutch Farm Crisps. The most naturally delicious potato chips you have ever tasted!

The name was developed for the international traveller. The typical Dutch theme is visualised by a tulip of crisps. It underscores the authentic and natural character. The product itself is seen through the transparent foil.

via Packaging of the World http://feedproxy.google.com/~r/packagingsoftheworld/~3/fBBfg7-Ylws/3-dutch-farmers.html