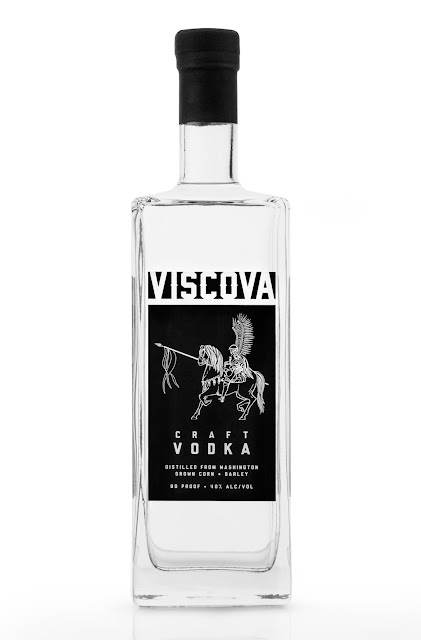 Arriving on shelves soon is the new packaging for Viscova Vodka, the flagship craft vodka from Washington-based Double V Distilling. The design was the product of Portland, Ore.-based Sasquatch Agency, which has ramped up its packaging design capabilities over the past two years, particularly in the craft spirits industry.

The Viscova Vodka package is inspired by the renowned Polish Winged Hussars, the elite Polish Calvary unit of the 16th to 18th centuries. The clean black label shows an illustrated image of a proud, mounted winged Hussar with a traditional long lance.

The label was screen-printed to give the bottle a clean, streamlined aesthetic. The black-on-clear look and unique shape of the bottle were designed to standout on the crowded vodka shelves of liquor and grocery stores.

Sasquatch’s internal team on the project consisted of Creative Director Ben Jenkins, who also served as copywriter, and Senior Design Director Kristin Casaletto, who designed and illustrated the label.

via Packaging of the World – Creative Package Design Gallery http://feedproxy.google.com/~r/packagingsoftheworld/~3/88qIgr8wsVk/viscova-vodka.html