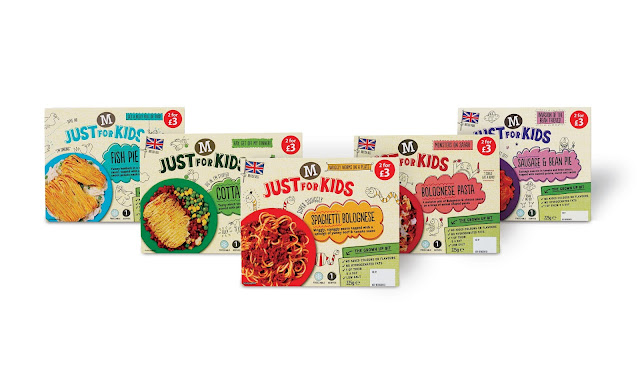 Leading design consultancy Elmwood has unveiled a new brand identity for Morrisons kids’ food range. Just for Kids launches in stores nationwide throughout September across chilled ready meals including spaghetti bolognese, sausage and mash and chicken casserole, brings a sense of fun to meal-time for kids, while reassuring parents of the quality ingredients and benefits for children.

Elmwood worked closely with the retailer to create Just for Kids, which would transform their Morrisons Kids range from an own label to an own ‘brand’. Using the proposition ‘Kids at Heart, Mums in Mind,’ the new brand identity, including marque and packaging, reassures mums that kids are getting great food while still appealing to a child’s sense of fun.

Achieving just the right balance between sensible and serious, Elmwood’s design concept offers plenty of functional information for parents, whilst also providing a level of humour for children to build a story around. The strong, bold design also helps the products achieve shelf stand-out amongst the busy food fixtures in-store.

Making the food the hero and protecting its integrity was of huge importance when reassuring parents, so Elmwood introduced ‘The Grown-Up Bit’ to packaging which highlights the key product benefits to mums and dads. This includes nutritional values, how many of their ‘five a day’ are contained inside, plus important messages such as highlighting ‘British’ produce are also incorporated.

Imaginative and colourful, without being too obscure, the simple, engaging illustrations often show interaction with the food, while the use of a textured background gives the sense of a tablecloth that children would be drawing on and letting their imaginations run away with them. This combined with the clear, honest tone of voice and a hint of gentle humour hits just the right note with children and parents alike.

Morrisons new Just for Kids concept will be gradually rolled out across 33 lines from five categories, with more being added over the next six months including milk, yogurts, frozen, chilled juice and prepared fruit.

Kelly Broomhead, Senior Account Manager at Elmwood said: “This was the first step in transforming Morrisons kids’ food offering so it was crucial to get the design concept just right. We’re really thrilled with the way the new look and feel strikes the perfect balance between appealing to kids’ sense of fun while also shouting about the nutritional value and provenance of the food for parents.”

Carol Turner, Strategic Design Manager at Morrisons said: “The new Just for Kids concept really captures everything that’s so important about the range. We’re delighted with the way Elmwood’s designs bring to life the fun and enjoyment of mealtime for kids, while also reassuring mums and dads about the value of what their kids are eating. We look forward to seeing the new brand roll out across more categories in the coming months.” 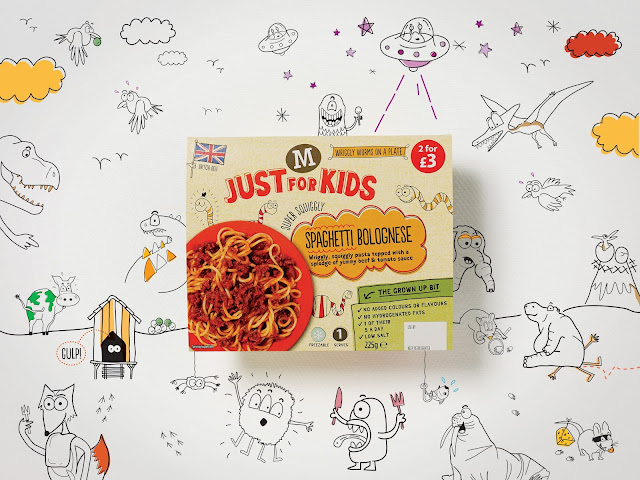 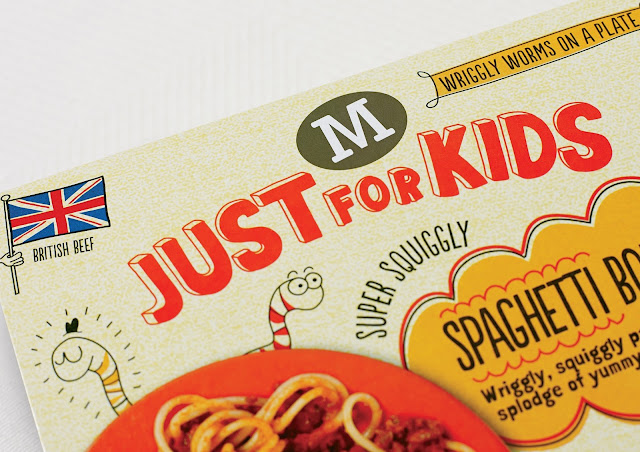 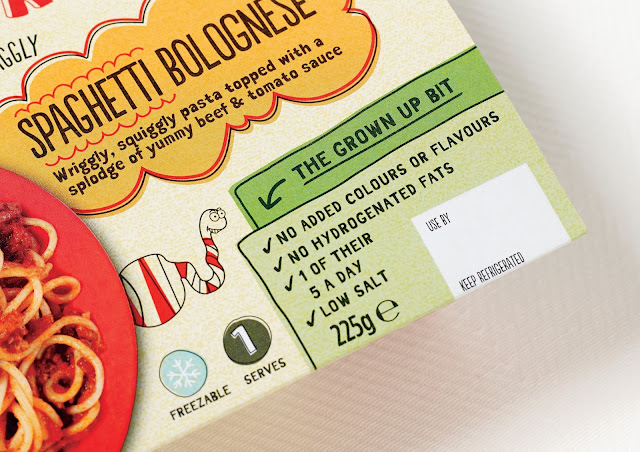 via Packaging of the World – Creative Package Design Gallery http://feedproxy.google.com/~r/packagingsoftheworld/~3/zKhUGBPG5rw/morrisons-just-for-kids.html