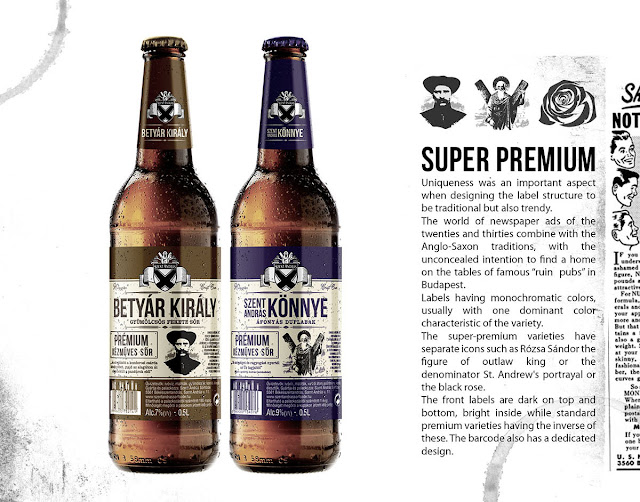 On 16th of April 1993 the first beer was made in Szent András microbrewery of Békésszentandrás. 20 years later, the successful handcraft enterprise wanted to celebrate the two decade anniversary with a brand new premium package design and image.

Despite of the fact that microbreweries became more and more popular in Hungary, we tried to keep distance from the mainstream beer brand designs, that is why we dreamed these hectic vintage-style labels and the newspaper-inspired gift box for the products. This new design and image represents the short but beautiful history of the brewery and at the same time the new step in the evolution of Szent András Beers.

via Packaging of the World – Creative Package Design Gallery http://ift.tt/1EwRCJN