The concept is based on an honest before/after approach of drinking vodka, without concealing the harsh reality. The consumer can peel off the white paper label on the front of the bottle. After doing so, an inverted black copy of the front label is revealed on an underlying layer. Glancing at the label from the other side of the bottle displays the message “Full Immunity Granted” (when you drink Norwegian Ambassadør).

On the reverse side of the label that one peels off the consumer discovers a photo from an after-party with an invite from the ambassadør to participate and engage online by tagging their own party pictures with #norwegianambassador on Instagram.

Due to the limited marketing budget, we based our concept on the use of social media to get users to actively participate and engage with the brand. Here we have chosen unconventional methods of promoting the product (with the peel-off label strategy) to generate publicity with a slight element of surprise. 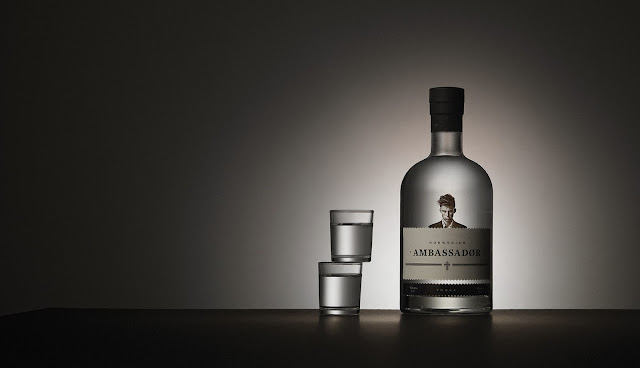 via Packaging of the World – Creative Package Design Gallery http://feedproxy.google.com/~r/packagingsoftheworld/~3/8KBIL0tJBOw/ambassadr-vodka.html