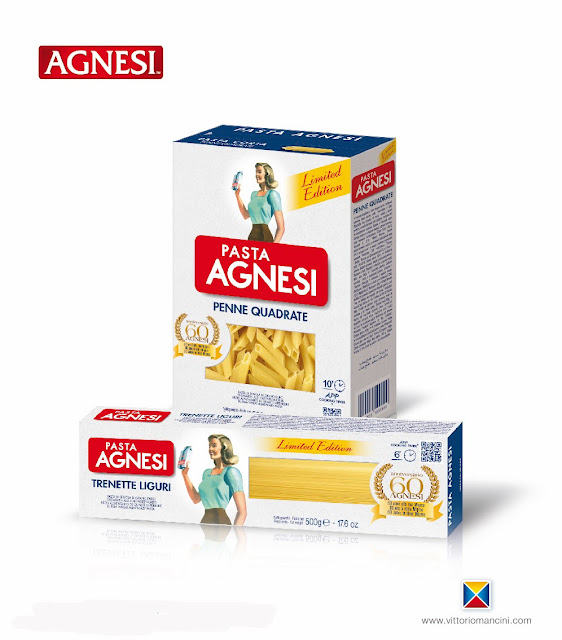 AGNESI, one of the most important pasta brand in the world, has lately lauched a special edition to celebrate the 60th Anniversary of the partnership with MIGROS, Swiss’ leading chain of supermarkets.

CREATIVE SOLUTION
VITTORIO MANCINI & ASSOCIATI has realized a re-vintage design with a clear inspiration to the ancient AGNESI’s mood.

AGNESI’s logotype is composed by a red tag and a late ‘30s ADV illustration that lend the pack a high eye-catching and appealing point of focus.

via Packaging of the World – Creative Package Design Gallery http://feedproxy.google.com/~r/packagingsoftheworld/~3/SqUPBgFZjT8/agnesi-60th-anniversary.html