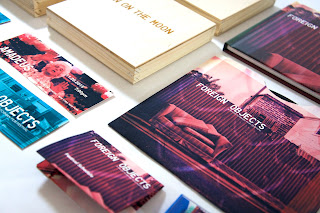 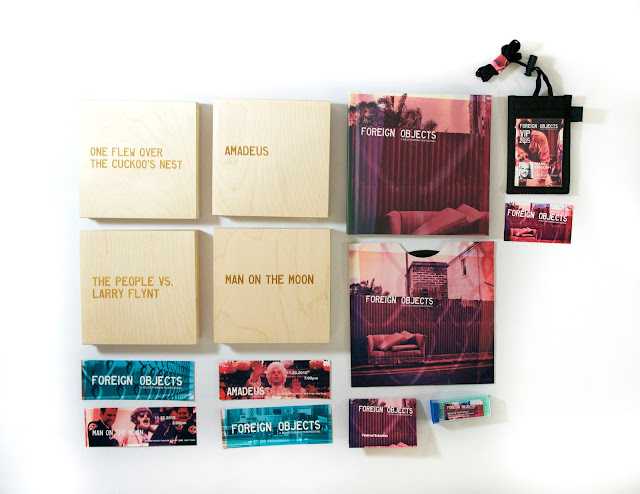 I was challenged to choose a film director whom we were passionate about. Once we chose the director I was than tasked to create a fictional film festival that is based on a common theme seen within the selection of films we chose.

So Foreign Objects was born. It is a fictional film festival based on the work of Czech director Miloš Forman. The films I chose to work with were Amadeus, Man On The Moon, One Flew Over The Cuckoo’s Nest and The People vs. Larry Flynt. I went with these simply because the common thread between them all are the main characters. They are all oddballs of some sort in their respective movies, thus the name Foreign Objects, meaning they themselves are the foreign object in their respective situations. With this idea I used imagery of items that shouldn’t be where they are and overlaid them with shades of color to portray a sense of something that doesn’t quite belong, or just doesn’t feel right.

So because of this I knew my design would have a lot of color and overlaying so I wanted to go with a clean, simple wood to house everything, including the DVDs and then have the logo engraved onto it to give it a unique and special feel.

via Packaging of the World – Creative Package Design Gallery http://feedproxy.google.com/~r/packagingsoftheworld/~3/JPUiTHv0JSA/foreign-objects-milos-forman-film.html